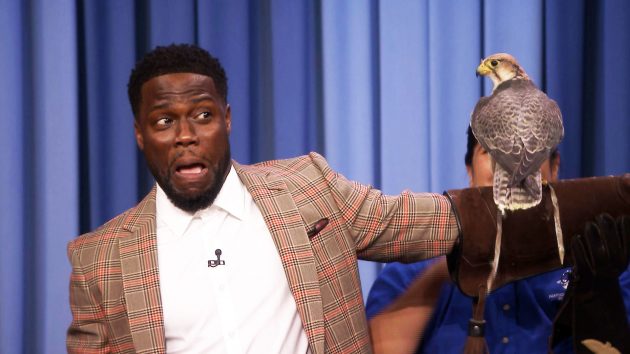 If Robert Irwin, appearing on Jimmy Fallon last night, looks familiar that’s because he the son of the late ‘Crocodile Hunter’ Steve Irwin. Following in his father’s footsteps, the 14-year-old Irwin brought various animals, much to the dismay of guest Kevin Hart. Watch as Kevin Hart freaks out. (No animals, nor Hart were injured in this video.)