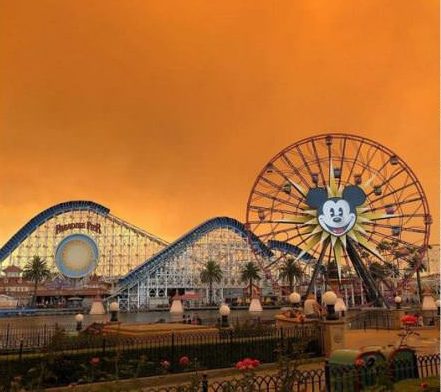 Spurred by the Santa Ana winds, Southern California fires wiped out neighborhoods in the Anaheim Hills. Visitors at Disneyland said the sky turned orange (above.) 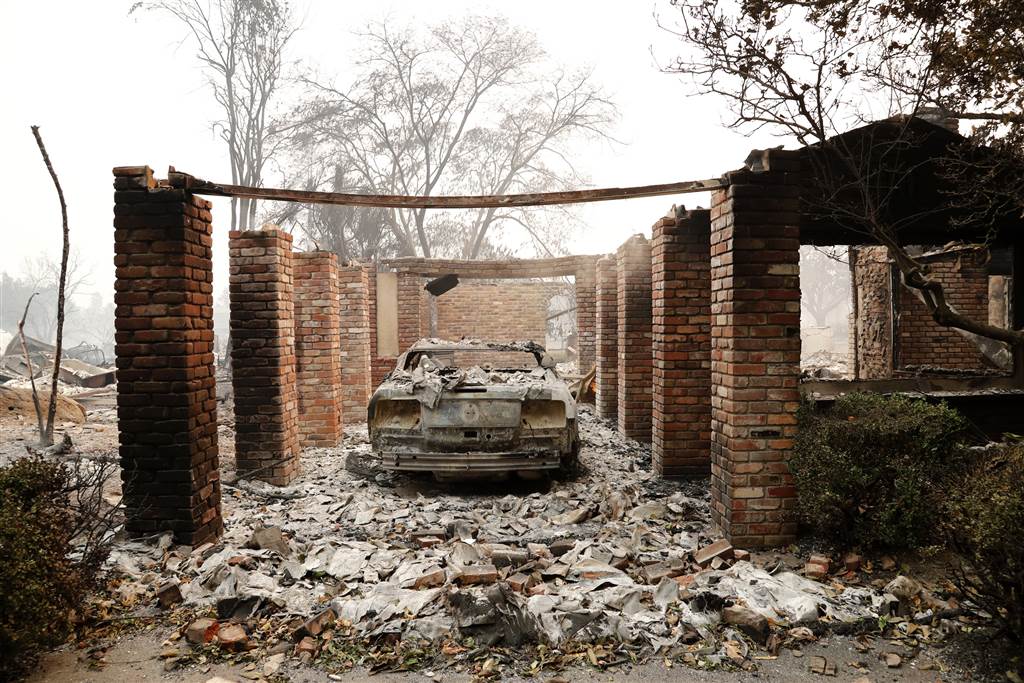