If Wednesday’s night televised House Jan 6 Committee is anything like the last ones, there will be revelations and fireworks. 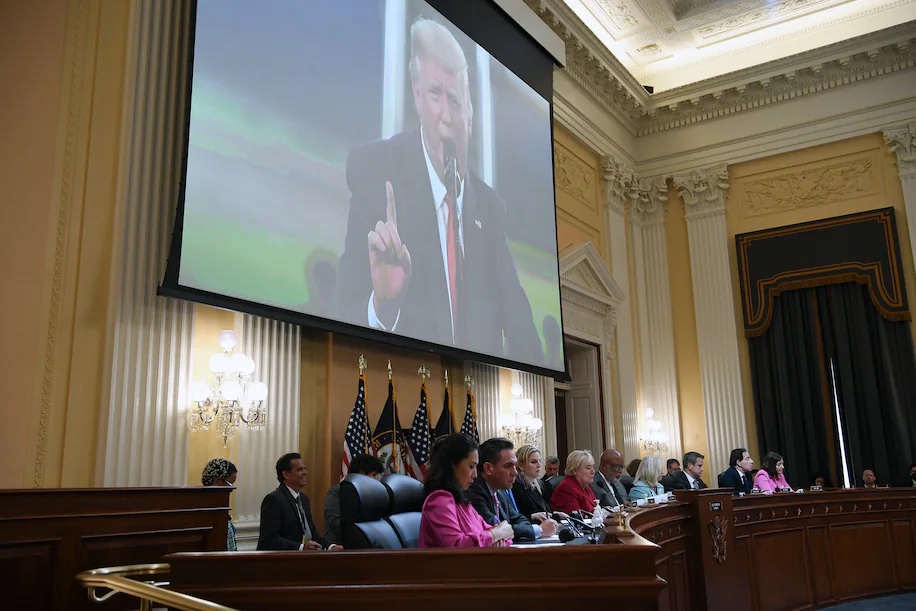 Tonight’s hearing focuses on the time during the Capitol riot when Trump failed to act — it was 187 minutes before he taped a message asking the rioters to leave.

Committee aides say that the panel will show how Trump “refused to act to defend the Capitol” while rioters were attacking it. The committee has spoken with multiple former Trump aides who were with him that day — including former White House counsel Pat Cipollone — and their video depositions are expected to be used to help tell the story of what was going on inside the White House on January 6.

As an example, lawyer Cipollone told Mark Meadow, Trump’s chief of staff,
that Trump needed to intervene or else “people are going to die.’ Meadows responded by telling Cipollone that Trump “doesn’t want to do anything.”
And Cassidy Hutchinson said under oath that Trump even agreed with the rioters chanting about hanging Vice President Mike Pence.