The House is set to vote today, Wednesday, to approve a resolution that censures Rep. Paul Gosar over a gruesome photoshopped anime video showing him attacking President Biden and killing Rep. Alexandria Ocasio-Cortez. (We won’t show you the images.)

This resolution would strip Gosar of his committee assignments and — if passed — would be the first time a sitting House member has been censured in more than 10 years. 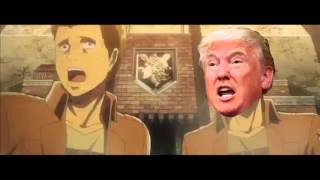 Since the video went viral, Gosar has yanked it down.
Even some Republicans have criticized him for his violent anime-style video.

Ocasio-Cortez said while she believes members who threaten their colleagues should face the most severe consequences, including expulsion, she approved of the move to censure Gosar.

“Threatening the life of a colleague is grounds for expulsion,” the New York Democrat said. “But given the Republican Party — especially the leader — is too cowardly to really enforce any standard of conduct … censure and committee removal is the next most appropriate step.”

House Majority Leader Steny Hoyer said he hadn’t seen action that was so “vile, hateful, outrageous, dangerous and inciting to violence against a colleague” in his 40 years in the House.