Many people wrote off Miley Cyrus as the media circus around her hit overdrive. She contributed to the noise by infamously singing almost nude on a wrecking ball and other antics.

But the newly sober  28-year-old pop star poses topless for the cover of the Rolling Stone’s January issue and talks about past ‘troubling times’ as well as her new acclaimed album, ‘Plastic Hearts.’

About her past bad-girl image and her new focus she says:

‘I guess I’m just in love with the fact that for once it feels like it’s really focused on the music, and I think I felt that I almost took some blame for the distraction sometimes,’ she says citing past media antics that took away from her talent.

“Today is very different. I think since ‘Midnight Sky’ a lot has changed. I think I’ve always had a level of respect, but the c-word, ‘crazy,’ was labeled on me a lot,” she said. “It was that I was crazy, that I was, even at some points, cold or unable to settle down.” 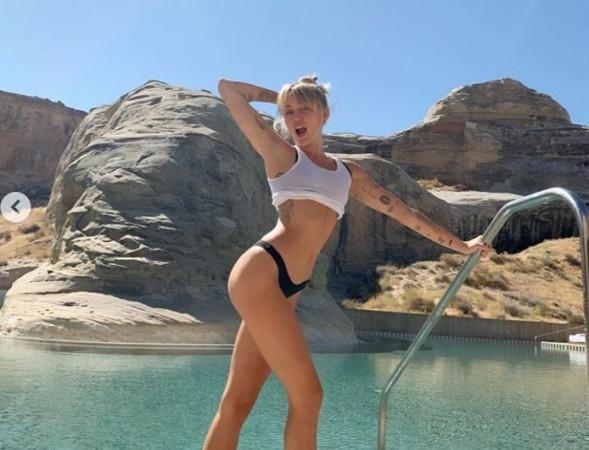 “I want to lay down a new stone for a path for the next generation of artists, philanthropists, the way that Debbie Harry has done for me,” she said. “I’d like to be known as someone that created something that didn’t quite exist, or that I delivered something that no one knew that they needed or wanted, but when they had it felt that they couldn’t live without it.”

“That’s what I would want as an artist,” she added.

Miley has always had talent though we wish she would stop posing naked because it’s just a distraction.