Ellen DeGeneres just announced to her staff that she plans to end her long-running daytime talk show in 2022.

Many plan the demise on the controversy about the toxic work environment on her show. Certainly, ratings have plummeted since that time.

“When you’re a creative person, you constantly need to be challenged — and as great as this show is, and as fun as it is, it’s just not a challenge anymore.’ 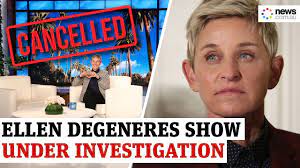 A rep for DeGeneres subsequently confirmed the news to CNN.
“The Ellen DeGeneres Show” is currently in Season 18. The show will wrap after Season 19, according to the report. DeGeneres will discuss her decision in an interview with Oprah Winfrey, scheduled to air on Thursday’s episode.