Jen Psaki is set to deliver her final press briefing Friday so we take a look back at some of her ‘zingers’ or what the press call ‘Psaki bombs’ usually aimed at Fox News’ Peter Doocy.

In October, Doocy asked Psaki why there should be vaccine mandates for cops when police departments are dealing with so many other challenges.

‘There are other problems in the world,’ Doocy said. ‘International terror, gang violence, murder, arson, drug dealing. Is there any concern?’

‘What was the No. 1 cause of death among police officers last year, do you know?’ Psaki said. ‘COVID-19. So that’s something that we’re working to address.’ 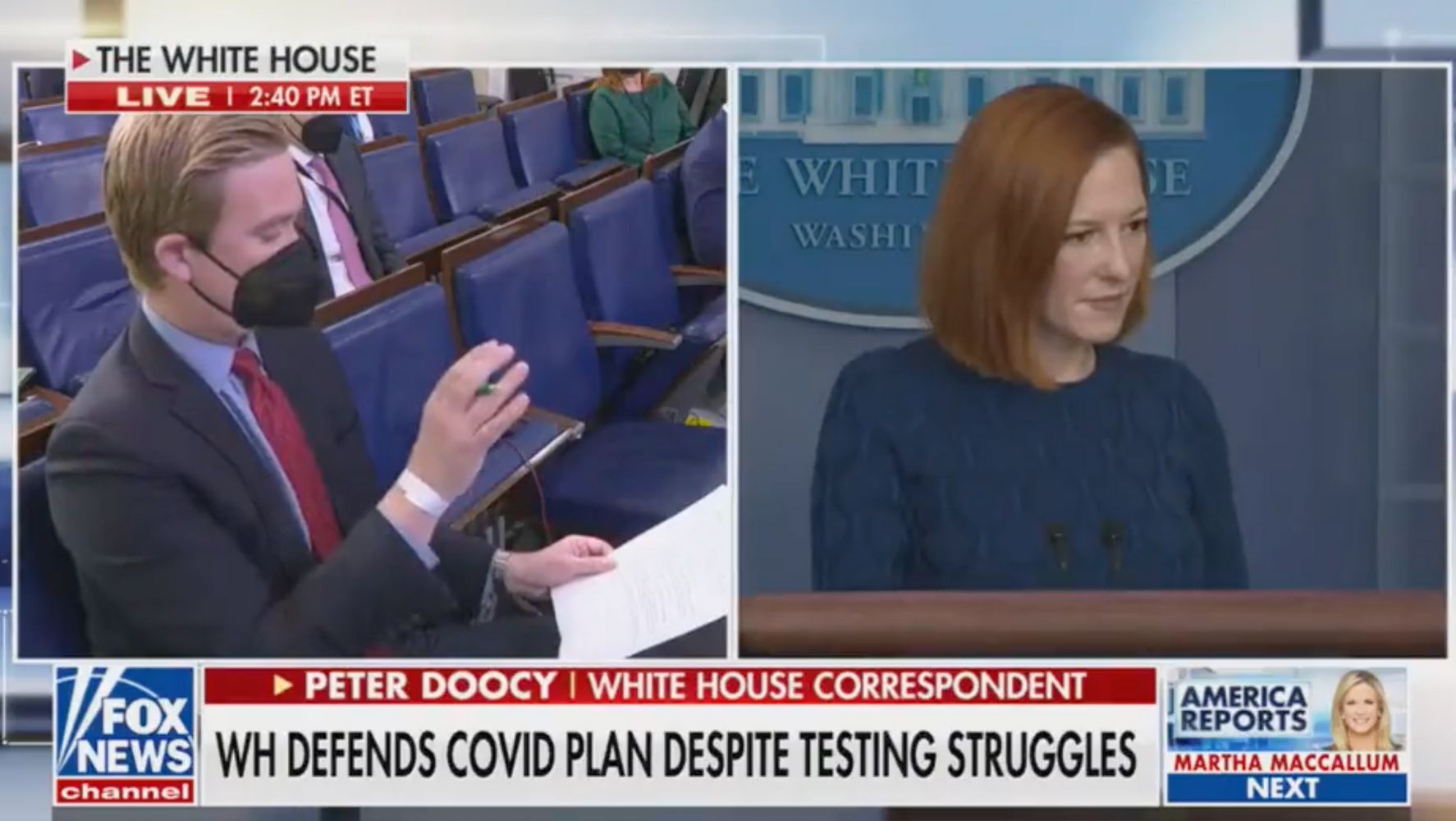 In April, Doocy asked about mask wearing: ‘Why can we sit here in the White House briefing room with no masks,’ he asked, while sitting next to a reporter wearing a mask, ‘but people can’t sit in an airplane cabin with no masks?’

‘Well, Peter, I’m not a doctor and you’re not a doctor, that I’m aware of,’ Psaki said. ‘If you’re a doctor I wasn’t aware of that until today.’ 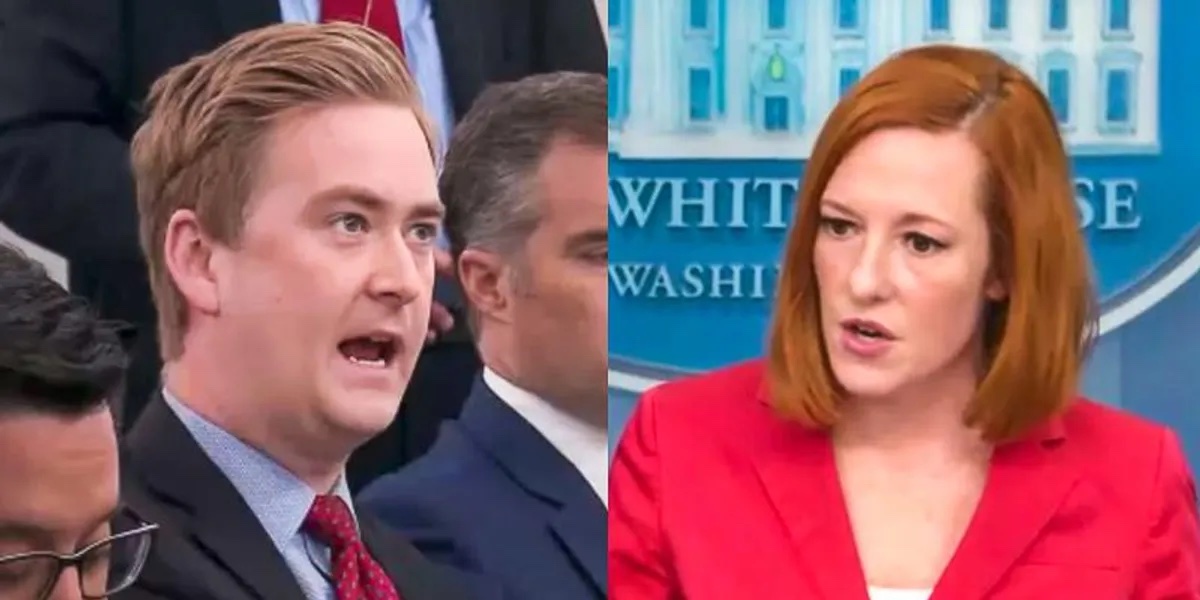 When the White House announced earlier this month Psaki would depart on May 13, Doocy told her in that day’s briefing: ‘Sorry to see you go!’

‘Are you?’ she responded, garnering laughs.

‘Yes, and you’ve really been a good sport,’ Doocy said.

In a precedent setting move, when Psaki leaves she will be replaced by her principal deputy, Karine Jean-Pierre, who is poised to become the first black person and openly gay person to serve as White House press secretary.