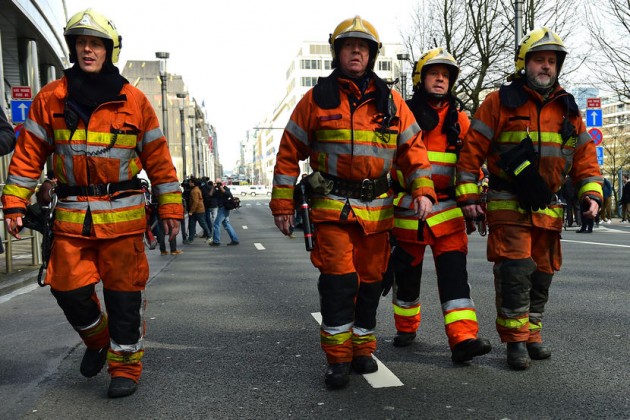 Firefighters arrive at a security perimeter set near Maalbeek metro station, on March 22, 2016 in Brussels, after a blast at this station near the EU institutions caused deaths and injuries.

This morning Brussels is on lockdown after a series of explosions at city’s airport and subway created chaos and left at least 31 dead. Calling it a coordinated attack, Brussels officials shut down all public transport in the Belgian capital and security has been heightened in the US in the wake of the attacks.

It is believed that the explosion in the airport was caused by a suicide bomber, but no terrorist group has come forward to take claim for the attacks. 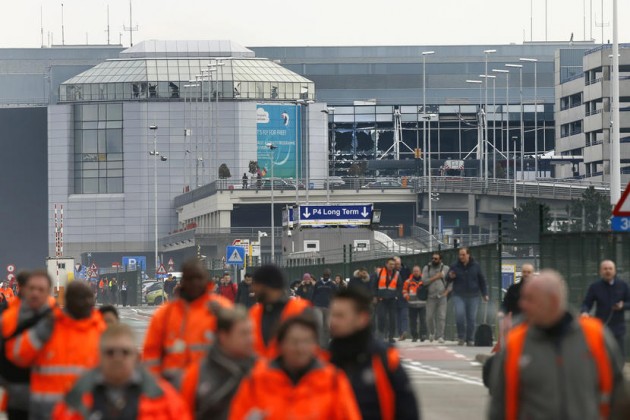 People leave the scene of explosions at Zaventem airport near Brussels, Belgium, March 22, 2016.