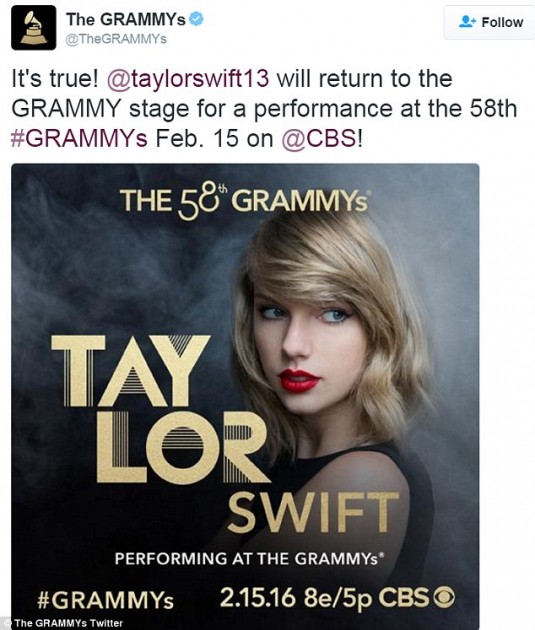 This just in ….the Grammy organization tweeted that super star Taylor Swift will be opening the 58th Annual Grammy Awards on February 15 in Los Angeles.

‘It’s true,’ read a message posted by the official site and retweeted by the star. ‘Taylor Swift will return to the Grammy stage for a performance at the 58th Grammys!’

Taylor is nominated for seven Grammy Awards, including the coveted Album of The Year as well as Best Pop Vocal Album for 1989.

We think it’s a safe bet that she’ll opt to do ‘Shake It Off.’