For the length of the war in Ukraine — now going on a month — some residents of Kharkiv have lived deep underground in the city’s metro system, taking shelter from the daily bombing. (Police guards won’t’ reveal the name of the stations out of fear that the Russians will make them a target.)

Though an estimated 1.4 million residents fled the city, now desolate and still smoking from multiple missile shelling, many refused to flee and have made the subway their home. 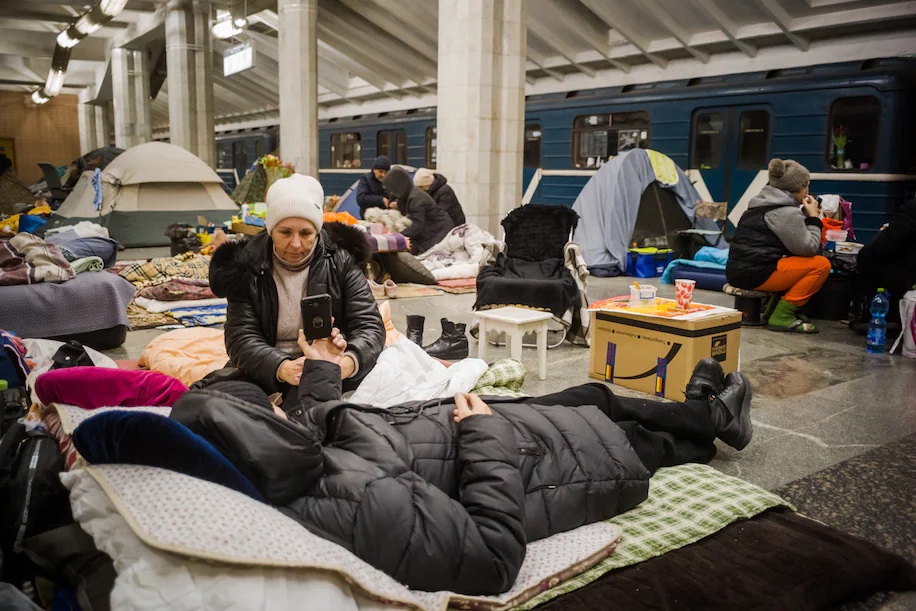 Originally built to withstand nuclear war, the subway residents say it feels safe. Only a few venture outside to scrounge up supplies. After days living underground, it hurts their eyes when they first come out into the sunlight.

Some children, scared of the sounds of the bombs, refuse to go outside, even for a short time. 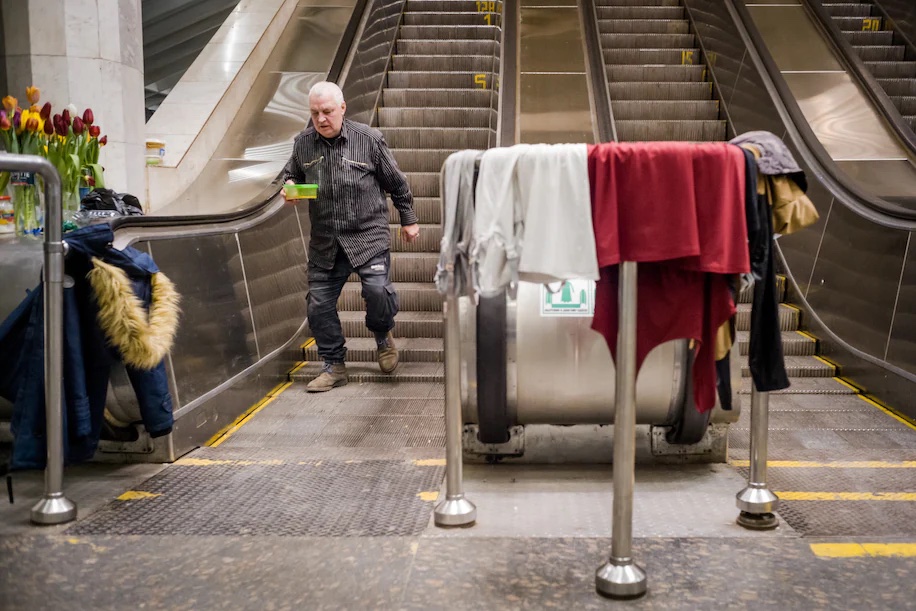 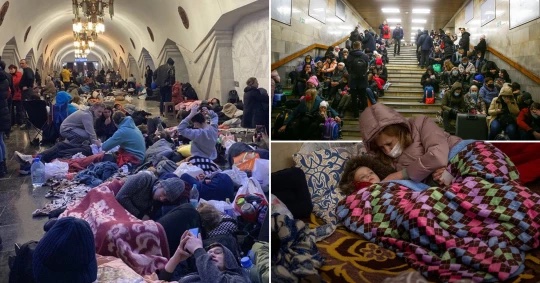 Tents and sleeping bags line the station with the carriages, which are warmer, reserved for families and the seniors.

Many have stayed because they have partners working in what little infrastructure is left, or they have pets they can’t take with them on a long trip to safety or because they hope the war will end soon.

But what will they return to? 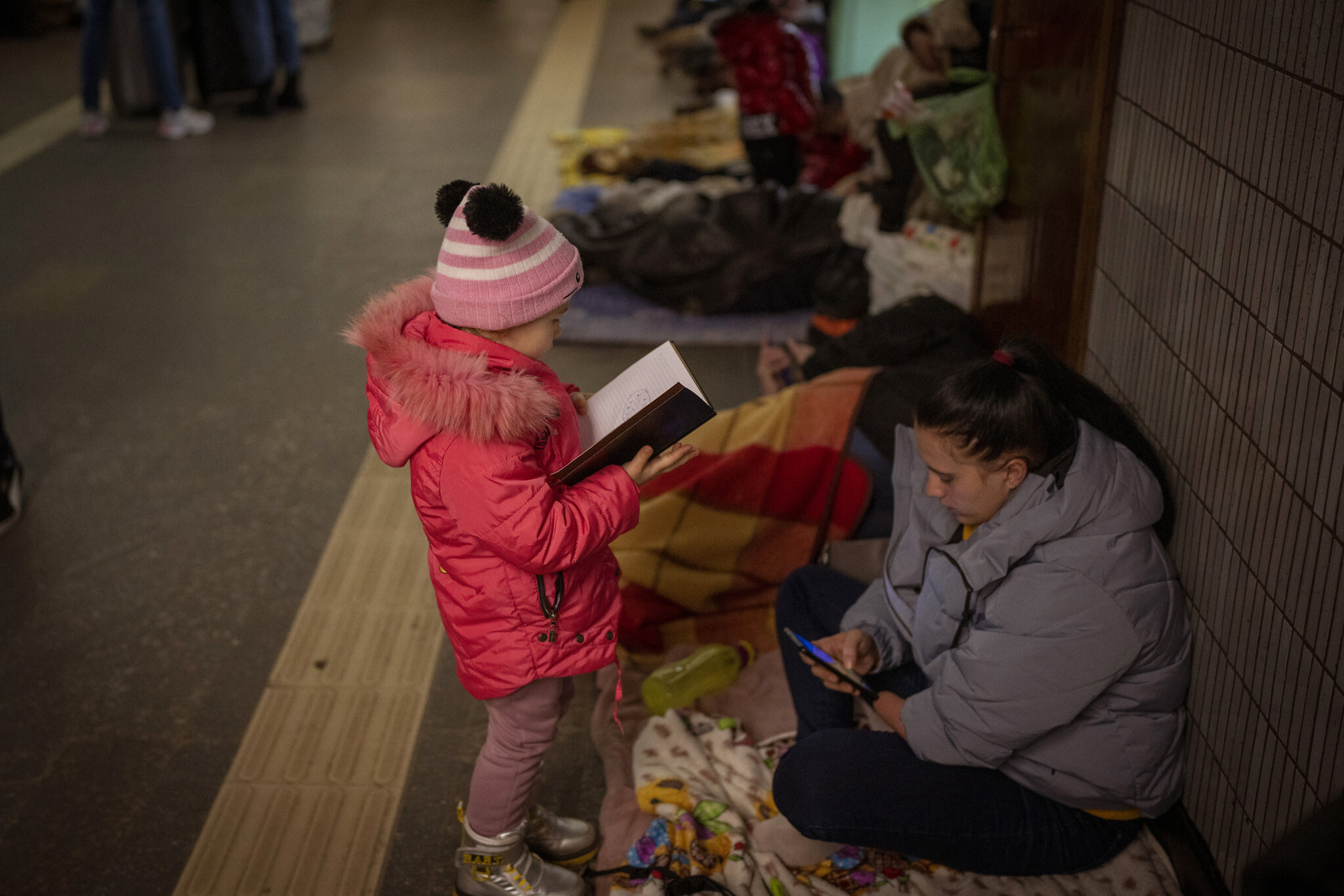