After a Dr Stella Immanuel stated that hydroxychloroquine is a ‘cure’ for coronavirus — and Trump re-tweeted her claims — the public has been introduced to her other beliefs, including that illness comes from sex with demons and that ‘Witches, demons and aliens run the government’ (she may have a point there.)

All kidding aside, Trump giving the demon sperm Doc a platform has dangerous consequences for his base who believe everything the President says, even when it’s contradicted by science.

Today the doctor fumed at social media, especially Facebook, who removed her erroneous posts, threatening them with Jesus.

Facebook was first to delete the video for spreading false information before Twitter and YouTube followed suit. Remember, medical experts, debunked the false science, finding in fact that for seriously ill coronavirus patients it can cause death.

Social media has finally taken action against false and dangerous COVID claims, even if they are made by the President. It’s about time. 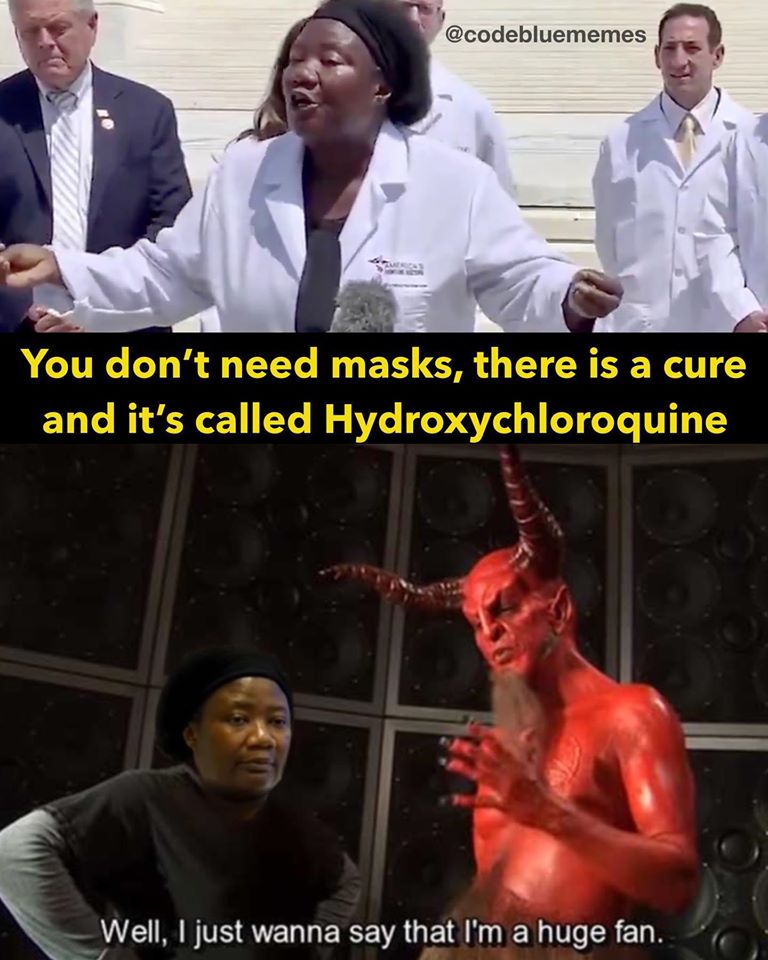