Former President Donald Trump was acquitted at the impeachment trial over the weekend but that’s not the end of Trump’s troubles.

Now that he’s out of office, lawyers are lining up, with prosecutors in New York digging into his business dealings, there are a number of defamation lawsuits by women accusing him of sexual assault, and let’s not forget Georgia’s criminal investigation into his attempts to interfere in the election. 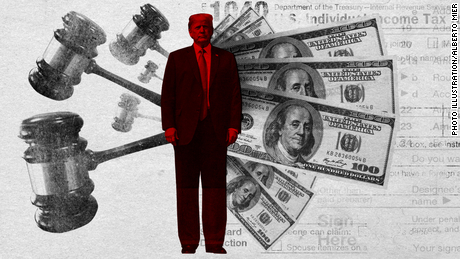 In New York, prosecutors have filed a subpoena for eight years of Trump’s personal and business tax returns which they hope will prove tax fraud among many other charges.

Corporate sponsorships have fled since the riot at the Capitol which Trump incited and banks are now refusing to work with him, and even more importantly, calling in loans.

Since Trump is no longer shielded by the Presidency —  US law holds that sitting presidents are immune from indictment — his legal woes are just beginning.