Donald Trump suggested a fix for the protests in Hong Kong, recommending that China’s President Xi Jinping meet with the protesters ‘directly and personally’ and says there will be a ‘happy and enlightened ending.’ Because Trump knows so much about foreign affairs. 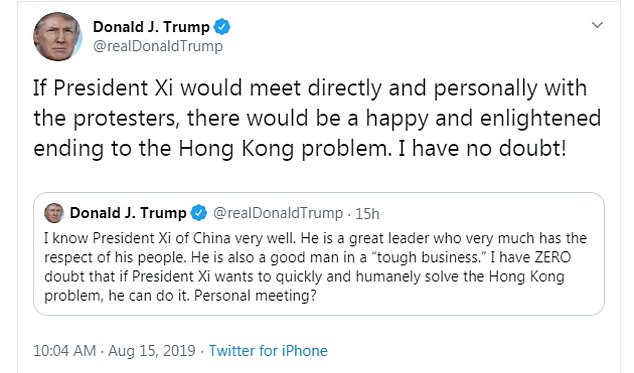 ‘Of course China wants to make a deal. Let them work humanely with Hong Kong first!’ he tweeted Wednesday.

Meanwhile, Beijing is escalating its response by massing troops near the border in a show of force, but State Department officials and senior U.S. lawmakers are speaking out in defense of the protesters and warning Beijing to respect the territory’s autonomy.

The world is watching, China. 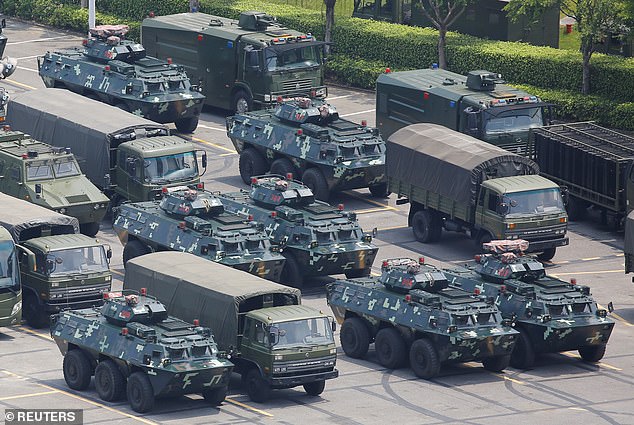