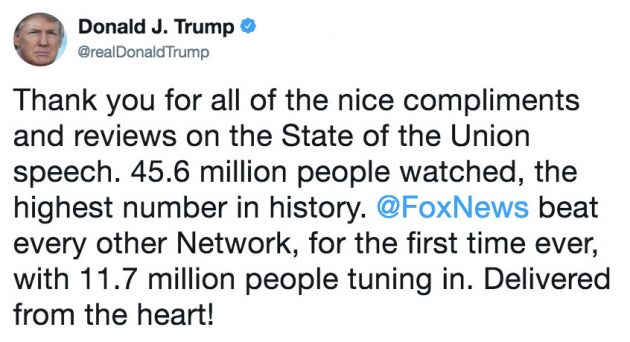 It’s like the inauguration all over again, where Trump Tweeted that his crowd was the largest. And just like that claim, this one is also false.

We did the math: 45.6 M people watched Trumps’ address. That’s less than the 48 M who watched Barack Obama’s first SOTU eight years ago and much less than the 51.7 viewers for President George W. Bush.