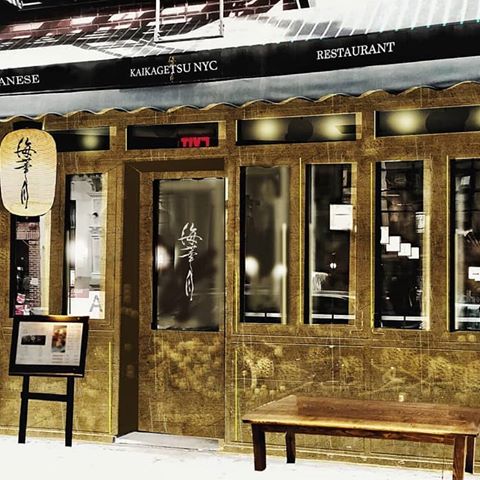 Eating at world-famous KAIKAGETSU restaurant in Japan used to mean a flight overseas but in happy news for all foodies, New York’s Lower Eastside is about to get its own branch of the Japanese restaurant. 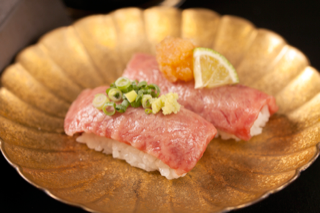 Saying Kaikagetsu NYC  will feature traditional Japanese dishes taking influence from the Hida region of Japan, fine dining entrees will incorporate some of Kaikagetsu’s signature menu dishes such as  ‘Hoba Yaki’ (meats and vegetables are put on a magnolia leaf with miso and roasted over a fire), ‘Hida Nigiri ‘(Hida beef sushi), plus special Japanese desserts.  There will be 4 courses, including a vegan offering.  Menu items will range in price from $15+ a la carte items to $200+ courses. Naturally, there will be sake and alcohol pairings offered to enhance the meal experience. (Check out the mouth-watering menu.) 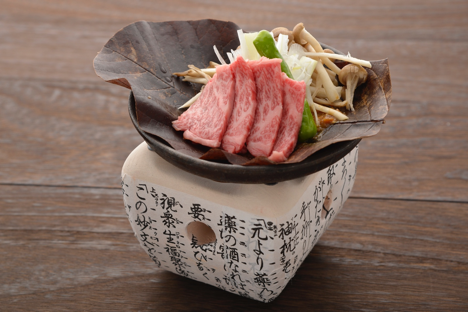 As with their two restaurants in Japan, the Kaikagetsu NYC is like stepping into traditional and historic homes found in the Hida region of Japan.

With Kaikagetsu NYC, we paid special attention to maintain authenticity and pay tribute to traditional Japanese cuisine.  It was important for the diner to be able to experience the food as they would if they were in Japan.  Often times, “localization” results in the modification of the dynamics of flavors, which is understandable and often times critical.  But we felt there were more individuals in recent days that appreciate the subtleties and the essence of flavor, or, as the term is becoming more common, umami.  Without changing the recipe, we think we have figured out a way to bridge the gap between those that like to enjoy Japanese cuisine as it is prepared in Japan, and those with a more vibrant palate.  The creative concept was focused on finding the right balance of traditional and modern, of Japanese and not, as much of my creative works usually do.  This was a special project for me, as this brought me back to the city I was born and raised.  It has been over 20 years since I left NY for Tokyo, and later Los Angeles, and it’s exciting to bring back everything I have learned over the years and share it with my hometown.”

Already taking reservations, you had better move fast if you want to score a table!