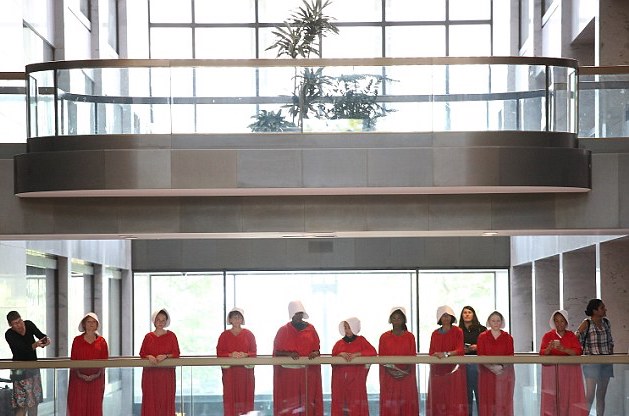 In a wild and unexpected start to the Brett Kavanaugh confirmation hearings, protestors delayed the proceedings, yelling to the senators and booing Kavanaugh. It got so out of hand that Kavanaugh’s family was quickly escorted by police out of the room.

‘An illegitimate president cannot make an appointment to Supreme Court.’

‘This should be an impeachment proceeding,’ another yelled.

‘If you vote for Brett Kavanaugh we will replace you,’ one threatened the senators.

Another protester said: ‘My daughter deserves the right to choose.’ 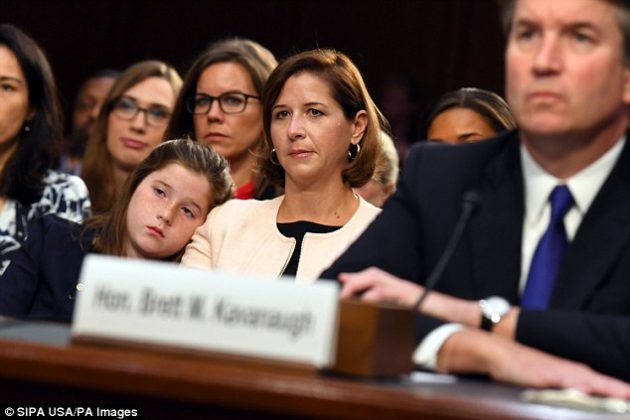 Why the protests? For one thing, he is Trump’s choice so is immediately suspect. Secondly, Kavanaugh swings very much to the right as a conservative which will affect every decision the Supreme Court rules on.

The protesters released a statement to this effect, announcing they were there to bring attention to Kavanaugh’s “anti-abortion, anti-health care and anti-women” views. “Brett Kavanaugh is an extremist ideologue who, if confirmed to the Supreme Court, will take away women’s basic rights,” the statement read.