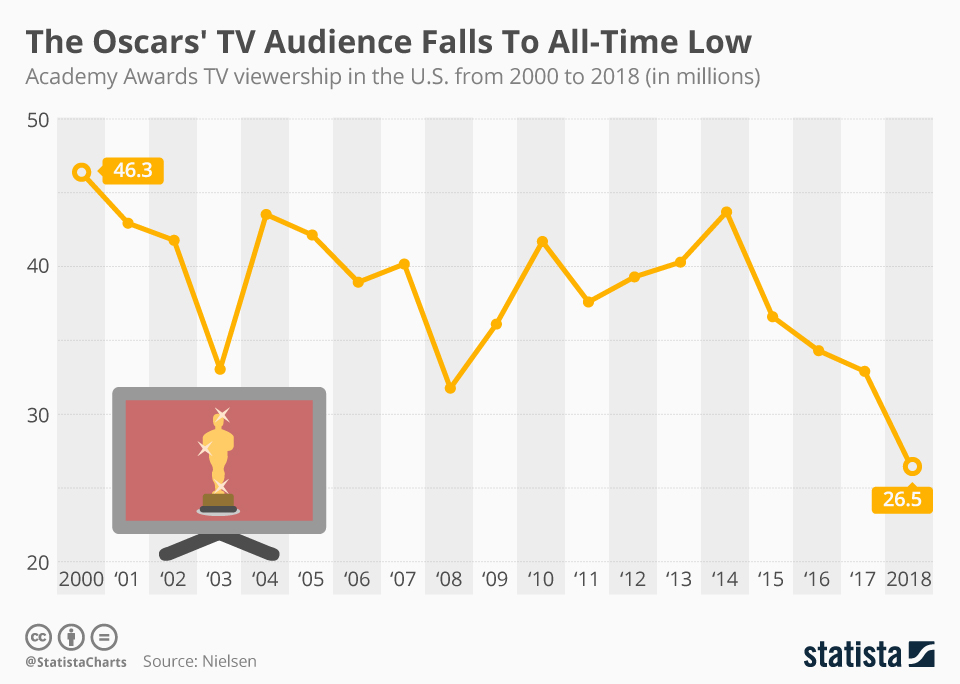 After disastrous ratings last year the Oscars are in a tizzy. In an attempt to bolster viewers, they’re adding a new category — for the most popular film. Besides that, they promise they’ll keep the telecast at three hours. (They’ve hinted they may give away golden statues during commercial breaks as well.)

How this is going to work isn’t clear, for instance, what constitutes a “popular”  film? Can the winner for best picture also score for ‘most popular’?

The Academy says they will clarify all the new changes ‘soon.’