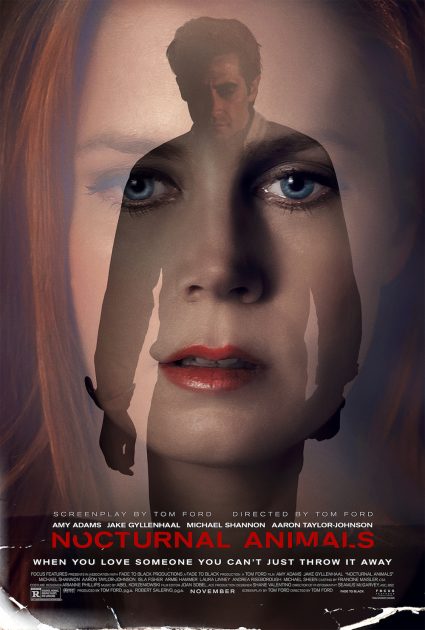 Nocturnal Animals is a psychological thriller that hits like a sucker punch in the solar plexus.

The latest Tom Ford film (it’s his second, the first was A Single Man) is about loss—and grief—and how the choices we make ripple through the lives of those around us.

The premise: a very wealthy and unhappily married woman (Amy Adams) receives a message from her ex-husband, played by the uber- talented Jake Gyllenhaal—asking her to meet, she agrees and he asks her to first read the galleys of a book he authored.  The book comes to life as Adams’ character reads, but she also flashes back to her relationship with her ex. The story is deliberately confusing at times as it jockeys between the book and the past. 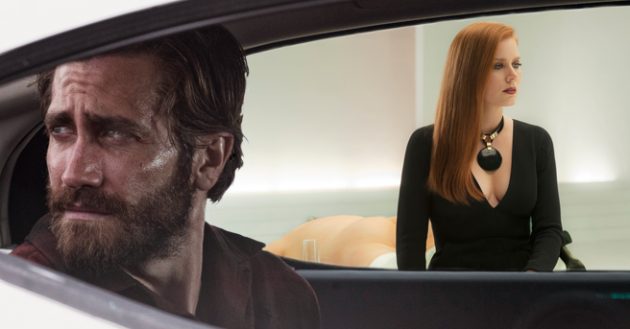 Ford based the film on a 1993 novel by Austin Wright.  Adams is outstanding as Susan—and eerily perfect looking, Gyllenhaal is wonderfully layered (with or without a shirt) and Laura Linney is scene stealing as Susan’s mother.  Aaron Taylor-Johnson  (who scored a Golden Globe for the role of Ray) is downright evil—and he’s British—remember that when you hear his perfect Texas twang.

Ford wrote, directed and produced this film with his own money.  And yes he’s that Tom Ford—the designer. BTW none of his clothes or accessories was used in the film!

Nocturnal Animals is terrific—it’s a thriller in the vein of Hitchcock and at times it’s tough to watch.  Never underestimate the power of a broken heart.

I’m still thinking about it.