Our only question — what took them so long?

Remember the bodybuilding Nigerian brothers who said under oath that Jussie Smollett paid them to beat him up? After being maligned in the press and dragged through the court of public opinion, the two are now suing the Empire star’s lawyers for defamation.

Abel and Ola Osundairo just filed a lawsuit against Smollett’s attorneys Mark Geragos and Tina Glandian who they say ‘maliciously painted them as liars’ in the public after Smollett’s case was mysteriously dropped. 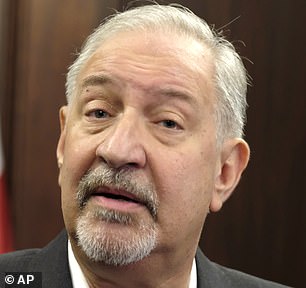 After the controversial case against the Empire actor wasn’t prosecuted, the bothers were silent but at a press conference announcing their lawsuit on Tuesday, they said they would not sit back any longer and watch ‘lie after lie’ be told about them.

In the lawsuit, they say Smollett ‘directed every aspect of the attack, including the location and the noose’.

According to the brother’s lawyers, the case has hurt them financially since they claim they haven’t been able to find work since the high-profile case broke.