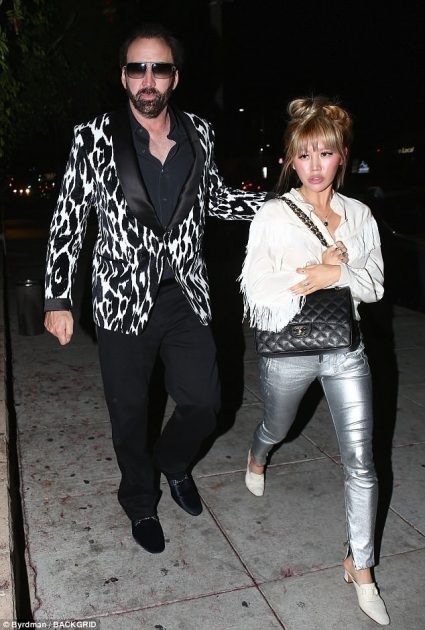 At first glance, the photo of  Nicolas Cage in a leopard print blazer looked like an outtake from his movie ‘Leaving Las Vegas’ but it was actually taken Monday night as he headed out to dinner with his girlfriend, Erika Koike.

The actor is known for his, uh, ‘eclectic ‘ film choices and that extends to his wardrobe as well.

By the way, Nicolas has been working on new movie ‘Primal’, where he plays who is trapped on a shipping freighter with a bunch of exotic and deadly animals on the loose. Jurassic Park on a boat anyone? 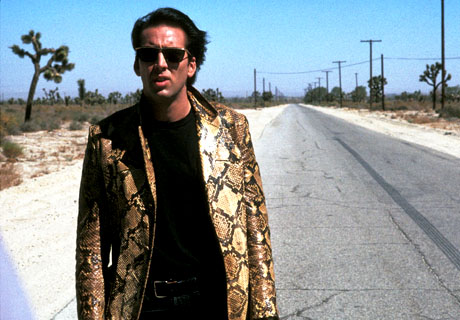