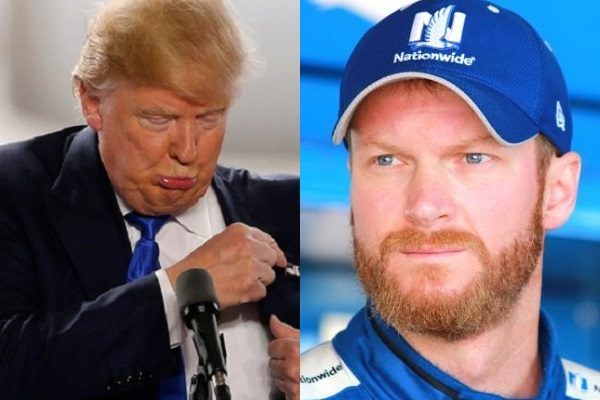 Now that President Trump is tweeting about NASCAR, writing, “So proud of NASCAR and its supporters and fans, they won’t put up with disrespecting our Country or our Flag – they said it loud and clear!” driver Dale Earnhardt Jr. quoted John F. Kennedy on “violent revolution, saying he supported the NFL players and owners who protested on Sunday in response to President Donald Trump’s criticism.

This isn’t the first time the NASCAR driver has tweeted against Trump’s policies. After the President created the immigration ban in January Earnhart tweeted that ‘America is created by immigrants. My fam immigrated from Germany in 1700s escaping religious persecution,” Earnhardt said.