Mike Bloomberg dropped out of the presidential race Wednesday morning after a poor showing on Super Tuesday.

After running up a bill of $1 BILLION, Bloomberg announced he was leaving the race…and immediately backed Joe Biden.

‘I’ve always believed that defeating Donald Trump starts with uniting behind the candidate with the best shot to do it,’ he said.

‘After yesterday’s vote, it is clear that candidate is my friend and a great American, Joe Biden.

‘I’ve known Joe for a very long time. I know his decency, his honesty, and his commitment to the issues that are so important to our country – including gun safety, health care, climate change, and good jobs.

‘Today I am glad to endorse him – and I will work to make him the next President of the United States.’

It is predicted that Elizabeth Warren will now drop out, solidifying the run as a two-man race, pitting Biden against Sanders. 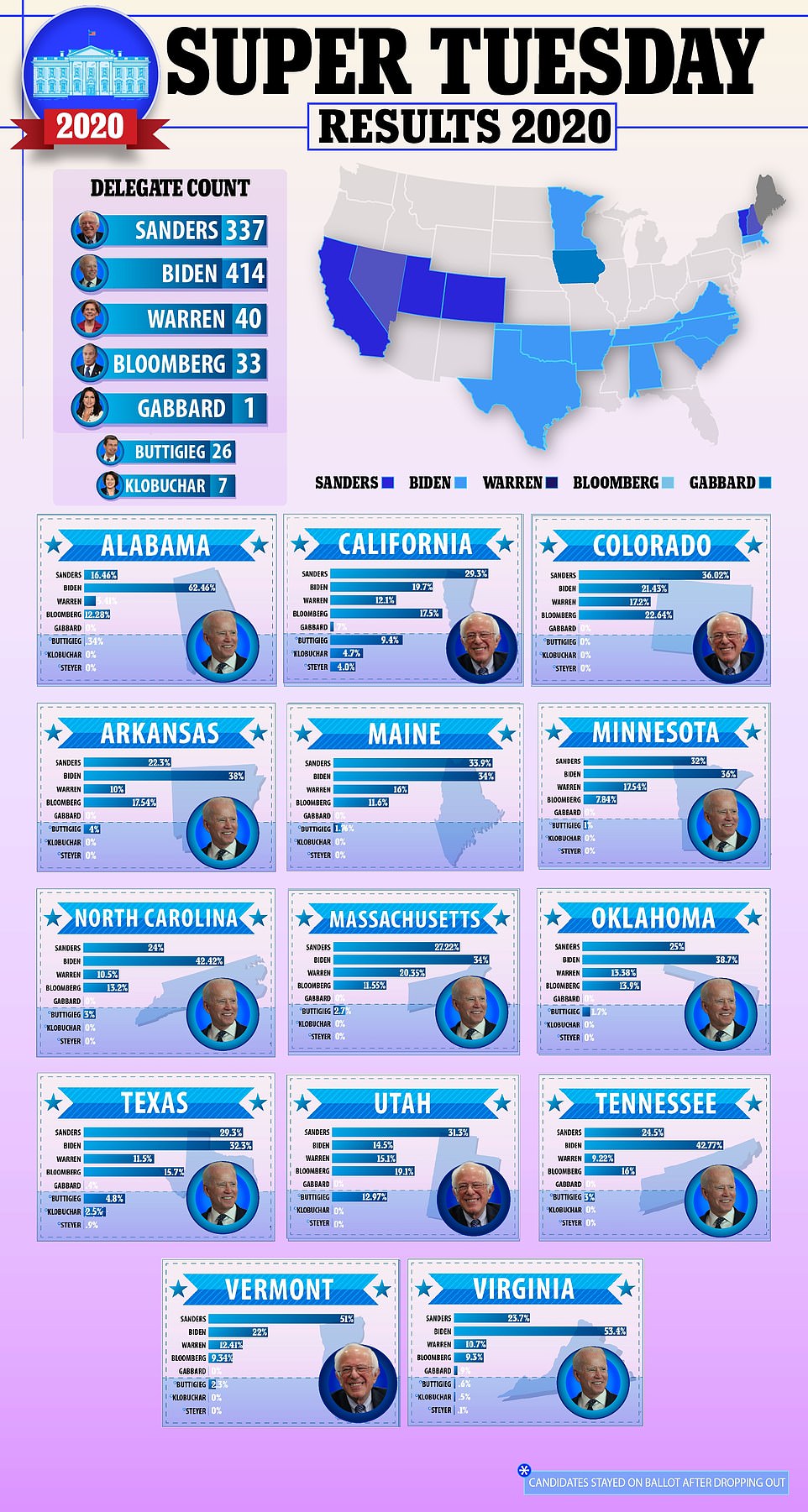