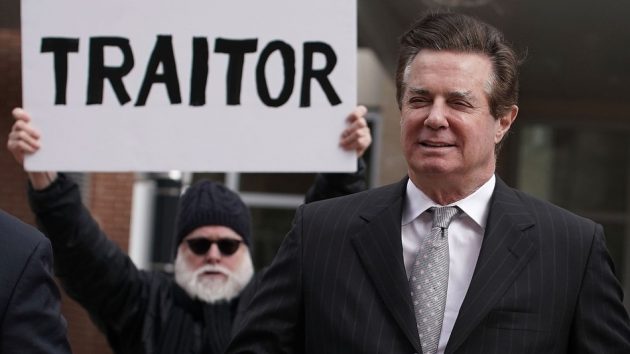 Disgraced former Trump campaign chairman Paul Manafort has made a deal with prosecutors to avoid a second trial on charges including money-laundering which could see him facing life in prison.

Revealed today, the surprising turn of events means that Manafort agrees to further interviews, share documents, testify in other court proceedings, and wavies his right to have a lawyer present during interviews.

What does this mean for Trump, who has previously praised Manafort as ‘brave’ for refusing to make a deal earlier?

Undoubtedly, Manafort has dirt on Trump that could help Mueller in his probe of Russian election interference in the elections and connections between President Donald Trump’s team and Russians.