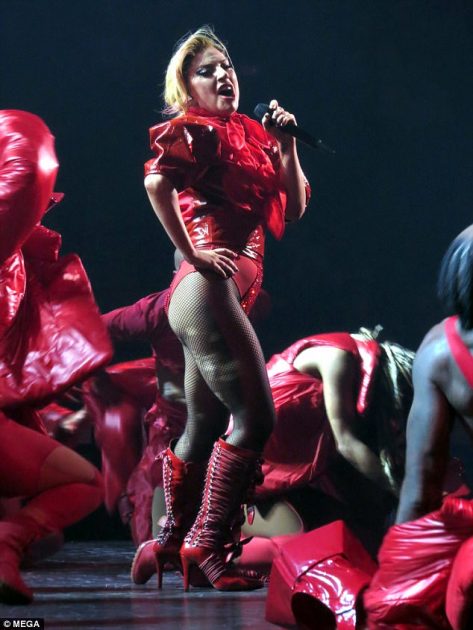 The one-and-only Lady Gaga kicked off her fifth headline tour, the Joanne World Tour, in Vancouver on Tuesday night, showcasing her killer hits — and also some over-the-top costumes.

The singer first appeared in a sheer black bodysuit which left little to the imagination, switching later to a bright red latex one-piece. 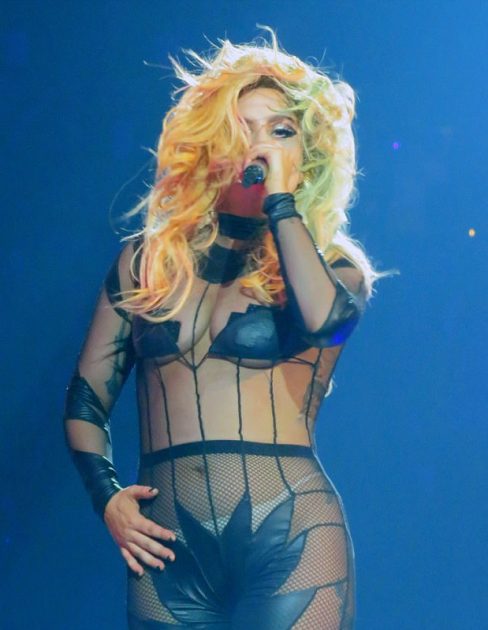 The highlight of the evening happened part way through her set, when a fan spontaneously handed Gaga a rainbow flag. As a delighted  Little Monsters cheered,  as Gaga posed on stage with the flag and shouted to the audience : “Needless to say, I have a lot to say about this issue. But the most important thing that I’ve got to say about it, is that everybody’s got to love each other.”