We now know that it was the man on the other end of the line with Trump, Georgia’s Brad Rafensperger, who leaked the tape to the Washington Post in retaliation for Trump’s offensive tweet about him after Rafensperger refused to ‘recalculate’ the election results. 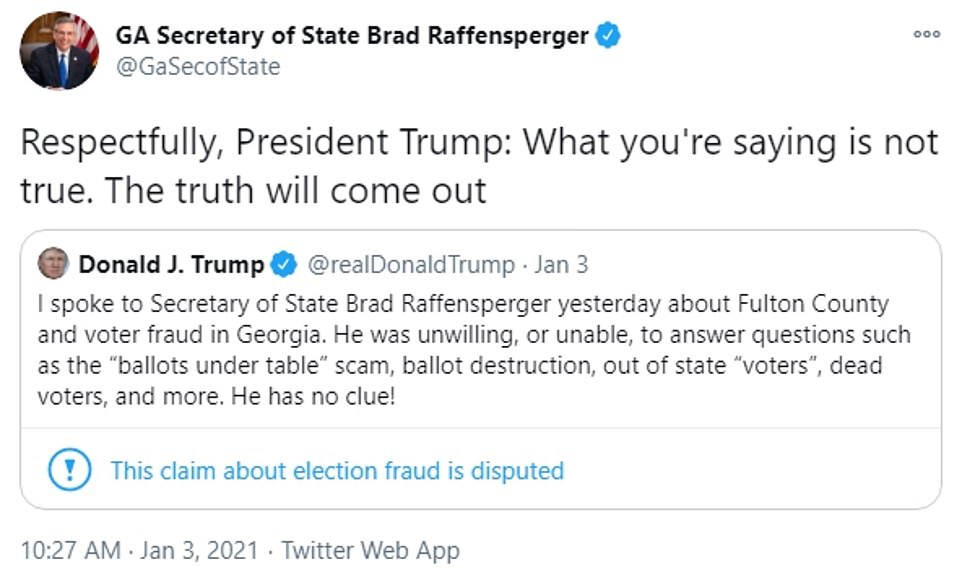 Raffensperger also revealed that Trump called him 18 times before he finally took his call.

‘I never believed it was appropriate to speak to the president,’ Raffesnperger said Monday. When he finally did take the President’s call, he had his general counsel, Ryan Germany, with him and recorded the call.