Lady Gaga won a brand-new Tricon Award at Sunday’s MTV Video Music Awards and changed into NINE outfits but the real story is her coordinated masks.

Encouraging the audience to ‘mask up’ she showed off her fabulous collection, including one that looked like it had been made by aliens. And the shiny silver mask could have been sponsored by Reynold’s Wrap. 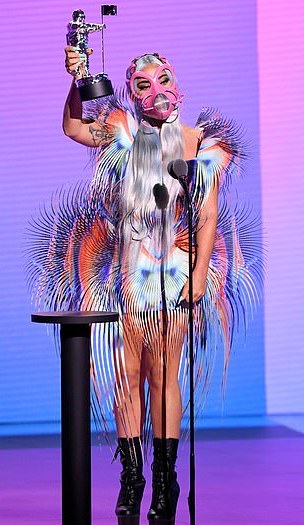 In her acceptance speech, she acknowledged the toll the pandemic has taken on people, saying:

“This has not been an easy year for a lot of people,” the singer said.”What I see in the world is a massive triumph of courage,”
“Just because we’re separated right now and culture may feel less aline in some ways I know a renaissance is coming,” she continued. “And the wrath of pop culture will inspire you and the rage of art will empower you as it responds to hardship with its generosity and love.”

She also urged her fans to think of three things they admired about themselves and  wanted to ‘share this award with everybody at home tonight’ because ‘everyone is their own form of a Tricon.’
Be a winner like Lady Gaga and wear a mask. 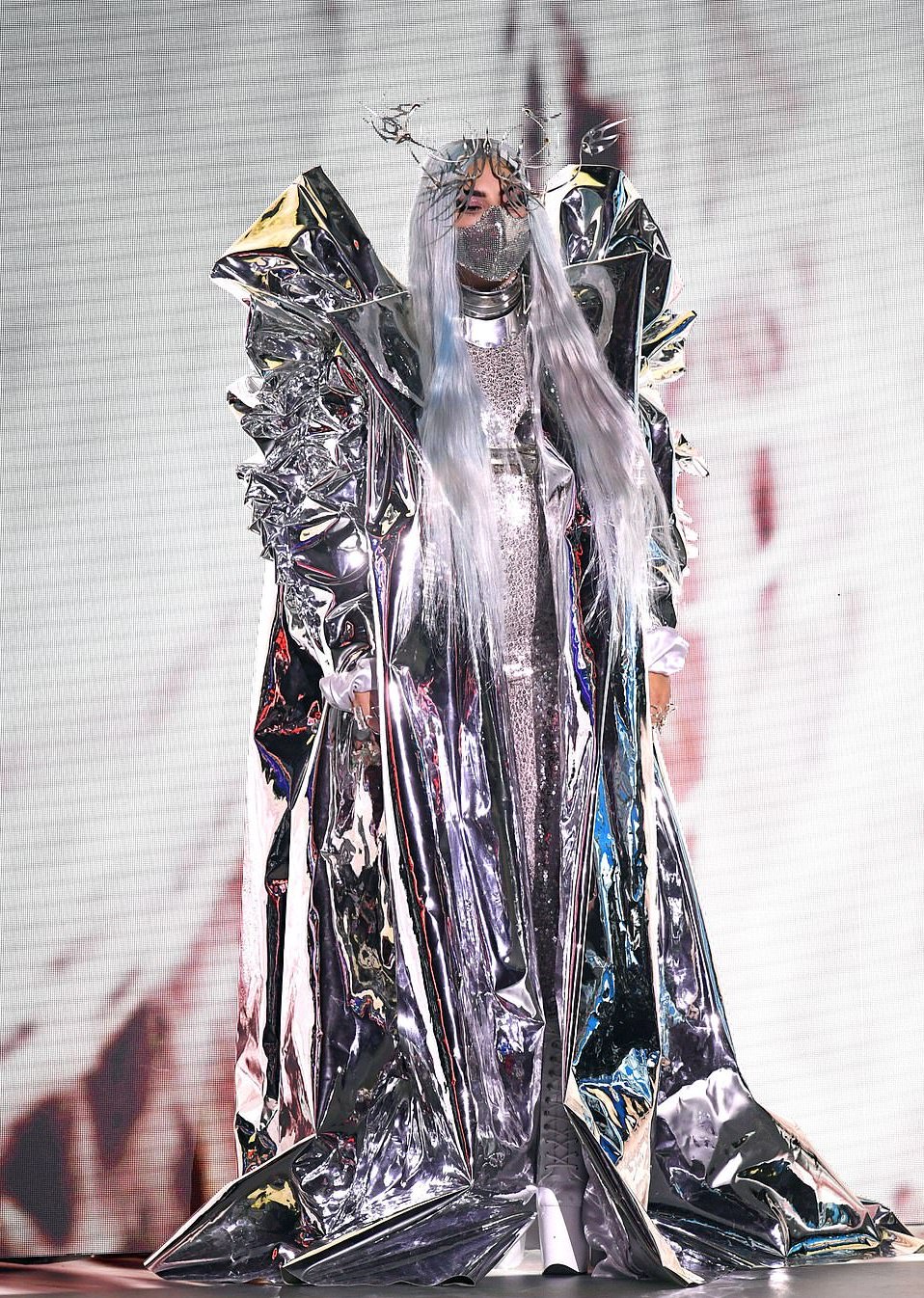