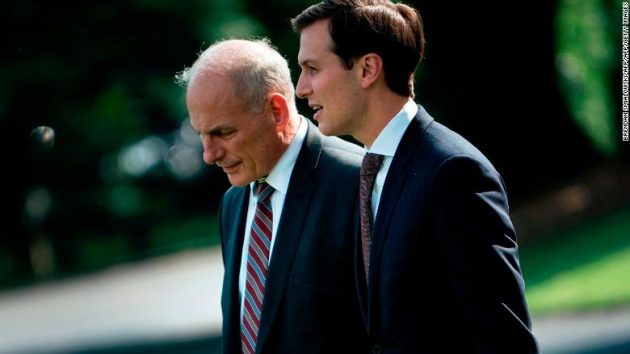 The security clearance of Jared Kushner — Trump’s son-in-law and senior adviser — has been downgraded by John Kelly to a lesser “secret” clearance. In the White House, Kushner has been privy to US government secrets, though the had never been granted the appropriate security clearance. This comes on the heels of a Washington Post reports which writes that officials from at least four countries had discussed how to use ‘Kushner’s business arrangements, lack of experience and financial troubles to manipulate him.’

Expect to see ripple effects of this action spread throughout the West Wing as more security clearances get downgraded.