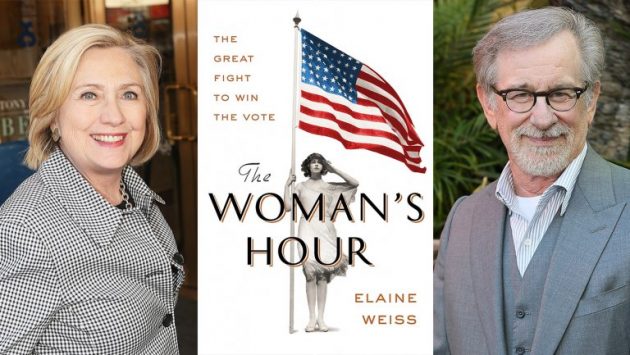 Following in the Obama’s footsteps (kinda), Hillary Clinton has signed with  Steven Spielberg’s Amblin Television to Executive produce the adaptation of Elaine Weiss’ book The Woman’s Hour: The Great Fight to Win the Vote to TV.

The book — which has received rave reviews — tells the story of activists who fought to get women the right to vote. Celebrating the women who changed history, it is the perfect first project for Clinton.