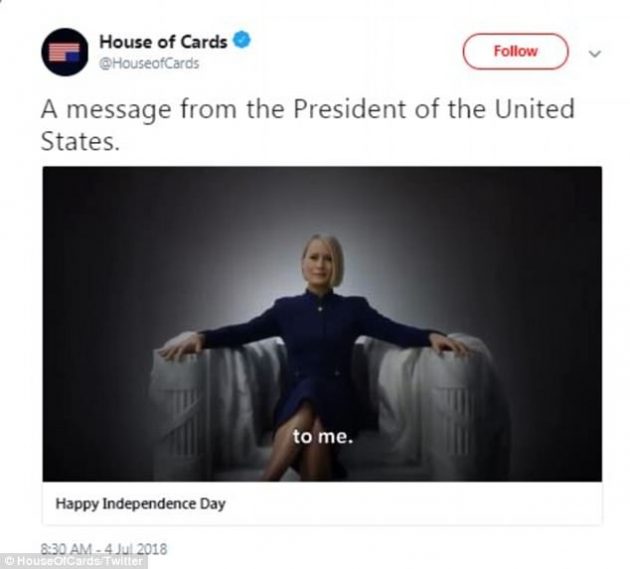 In a teaser for the hotly anticipated season 6 of House of Cards, Claire Underwood (Robin Wright) stares directly into the camera before saying, ‘Happy Independence Day … to me,’ clearly enjoying her new role as President adding the hashtag #MyTurn.

As everyone knows, Kevin Spacey was let go from the popular Netflix show amid multiple allegations of sexual harassment.