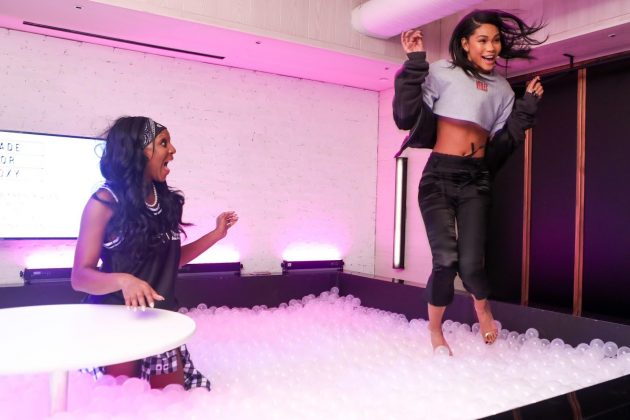 Model Chanel Iman frolicked in the ball pit during the grand opening event of Moxy Times Square on Wednesday, October 25.

Last night’s grand opening of Moxy Times Square, the new boutique hotelwas like a giant coming out party, with pink bunnies, a huge ball pit,D.J.’s, many cocktails and appearances by Malin Akerman, Krysten Ritter, Chanel Iman (+ boyfriend Sterling Shepard), Coco Rocha, Victor Cruz and many more. In partnership with Made  it was like an ‘adult playground’ setting, ‘inspired by the vibrant, edgy, provocative, playfulness of the city’ that Moxy Times Square calls home. 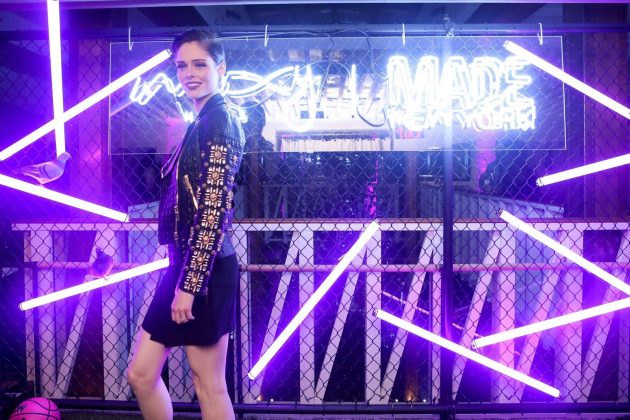 Model Coco Rocha made her entrance at the grand opening event of Moxy. 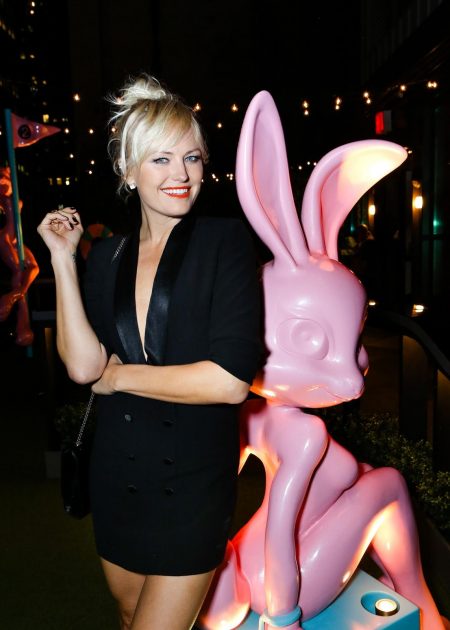 Malin Akerman found a bunny to cozy up to at the grand opening event of Moxy Times Square .