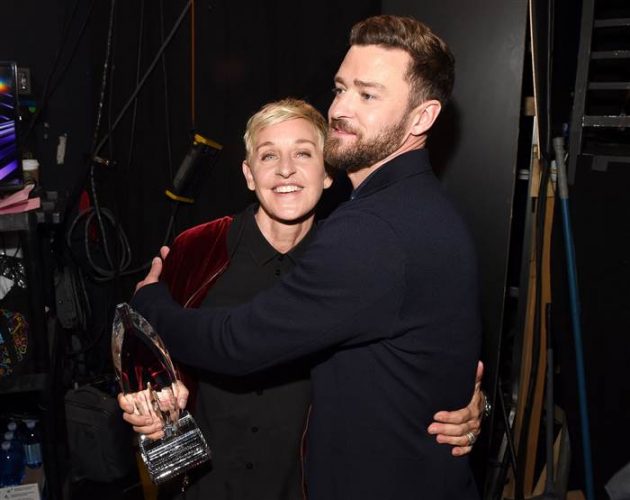 Timberlake presented the awards, saying in his speech: “She’s a trailblazer, a rule-breaker, a relentless philanthropist, a Presidential Medal of Freedom winner and one of the funniest and most talented people on the planet,” he said. “I’m talking, of course, about Portia’s [de Rossi] baby mama, Ellen DeGeneres!”

With so many awards, it took two rows of 10 well-dressed men onstage at the Microsoft Theater in Los Angeles, to hold all of her Waterford crystal People’s Choice Awards.