Within an hour of the polls closing in California,  Gov. Gavin Newsom was declared the winner of the contentious Republican-led recall effort.

Thank you for rejecting this recall,’ Newsom announced. ‘Tonight I’m humbled, grateful, but resolved in the spirit of my political hero, Robert Kennedy to make more gentle the life of this world,’ Newsom said from Sacramento. 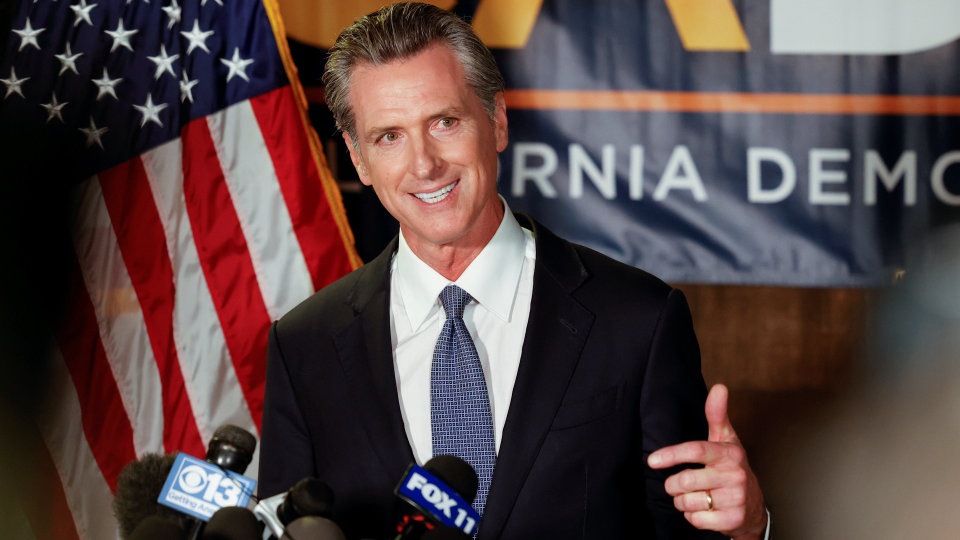 The Democratic Governor added that:

“It appears that we are enjoying an overwhelmingly ‘no’ vote tonight here in the state of California, but ‘no’ is not the only thing that was expressed tonight.

He also took the opportunity to take Trump to task for continuing to claim the Cali election was ‘rigged.’

‘Democracy is not a football. You don’t just throw it around. It’s more like, I don’t know, an antique vase. You can drop it and smash it in a million pieces. And that’s what we’re capable of doing if we don’t stand up and meet the moment,’ Newsom said.

As he said throughout the recall campaign Newsom warned: ‘We may have defeated Trump, but Trumpism is not dead in this country.’