Former Secretary of State Colin Powell announced Sunday night that he ‘no longer considers himself a Republican’ following the MAGA Capitol attack and calls on Trump to resign.

‘I wish he would just do what Nixon did and step down. Somebody ought to go up there and say it’s over. The plane is waiting for you, you’re out. That way he would not only step down. He would in addition sort of cut the guts out from underneath this group of people who he has working for him,’ he said on the TODAY Show. 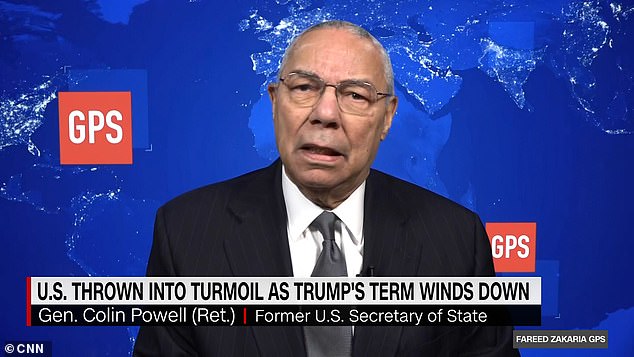