Vietnam is way more than a hideous 19-year long bloody conflict and endless Hollywood war flicks. The U.S. finally withdrew in 1973 but it took two more years before the fractured South East Asian country was united to become the Socialist Republic of Vietnam.

Nowadays, praise be to Buddha, nobody is loving the smell of napalm in the morning. Instead, Vietnam’s 96 million-plus inhabitants and 3.8 million tourists a year get to enjoy the aroma of freshly brewed super-strong coffee, and the taste of mouth-watering pho, goi cuon, banh mi, and banh xeo. Not to mention endless stunning beaches, turquoise waters, bustling markets, snaking rivers, vibrant nightlife, watersports, trekking, misty rice terraces, and a whopping eight UNESCO World Heritage Sites.

Vietnam is packed full of people, but it’s also home to some of the most beautiful landscapes on earth. Immerse yourself in rich culture and visit Vietnam, with our guide to the Land of the Blue Dragon.

Hanoi, in the north of the country, is Vietnam’s capital. You could literally spend months in the city and still not get to experience all of the amazing sights and attractions it boasts. 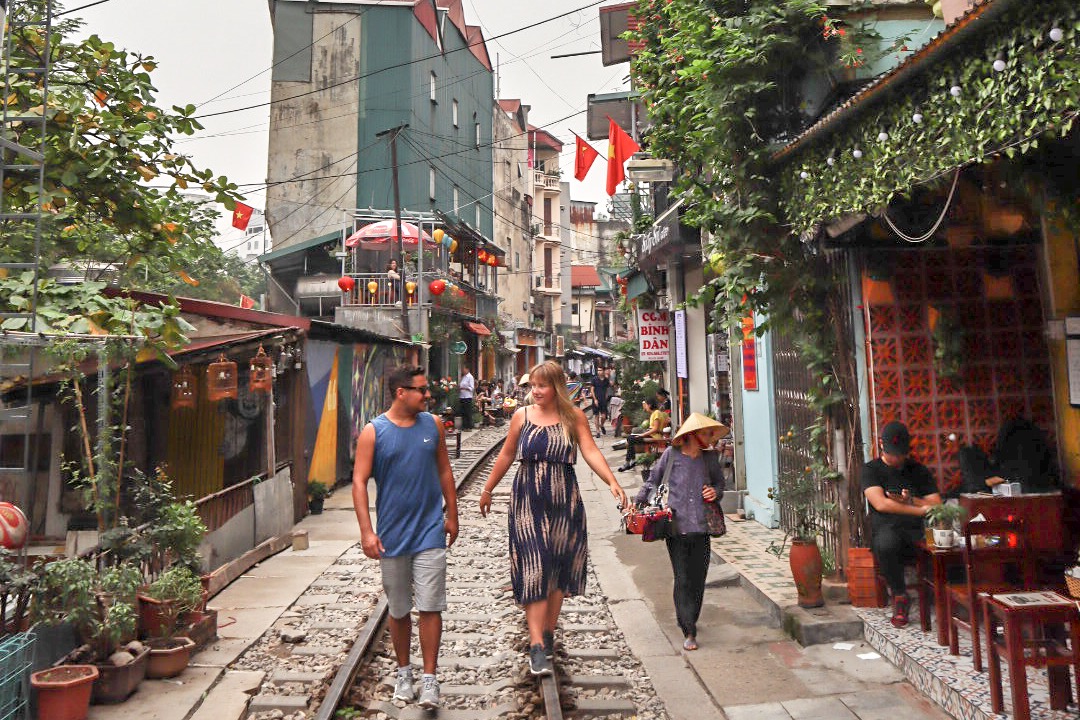 There are the humming and chaotic streets of the Old Quarter, that’s perfect to get lost in. Gawp at the French colonial architecture as you attempt to dodge the never-ending stream of scooters tearing around, visit the myriad of ancient temples, pagodas, and assembly halls. Shop for souvenirs at Dong Xuan Market and check out a traditional Thang Long Water Puppet show, a must-see for any tourist. 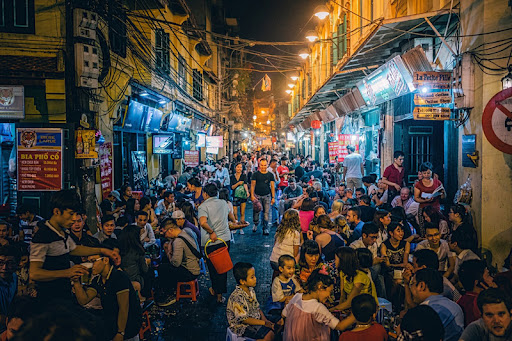 If you start to feel like you’re suffering from cultural overload, then head for an evening in Bia Hoi Junction. Packed full of bars, shops, and restaurants, it’s the perfect place to sink a few icy cold Saigon beers. It’s also filled with amazing street food stalls where you can sample local delicacies such as banh mi baguettes, beef pho, barbecue pork, and rice noodle soup — all at ludicrously cheap prices.

One of the best ways to get around Vietnam is to rent a scooter or motorbike and hit the road, and while you’re in Hanoi one trip you can not miss is to Halong Bay which is around a two-and-a-half-hour drive from the city. 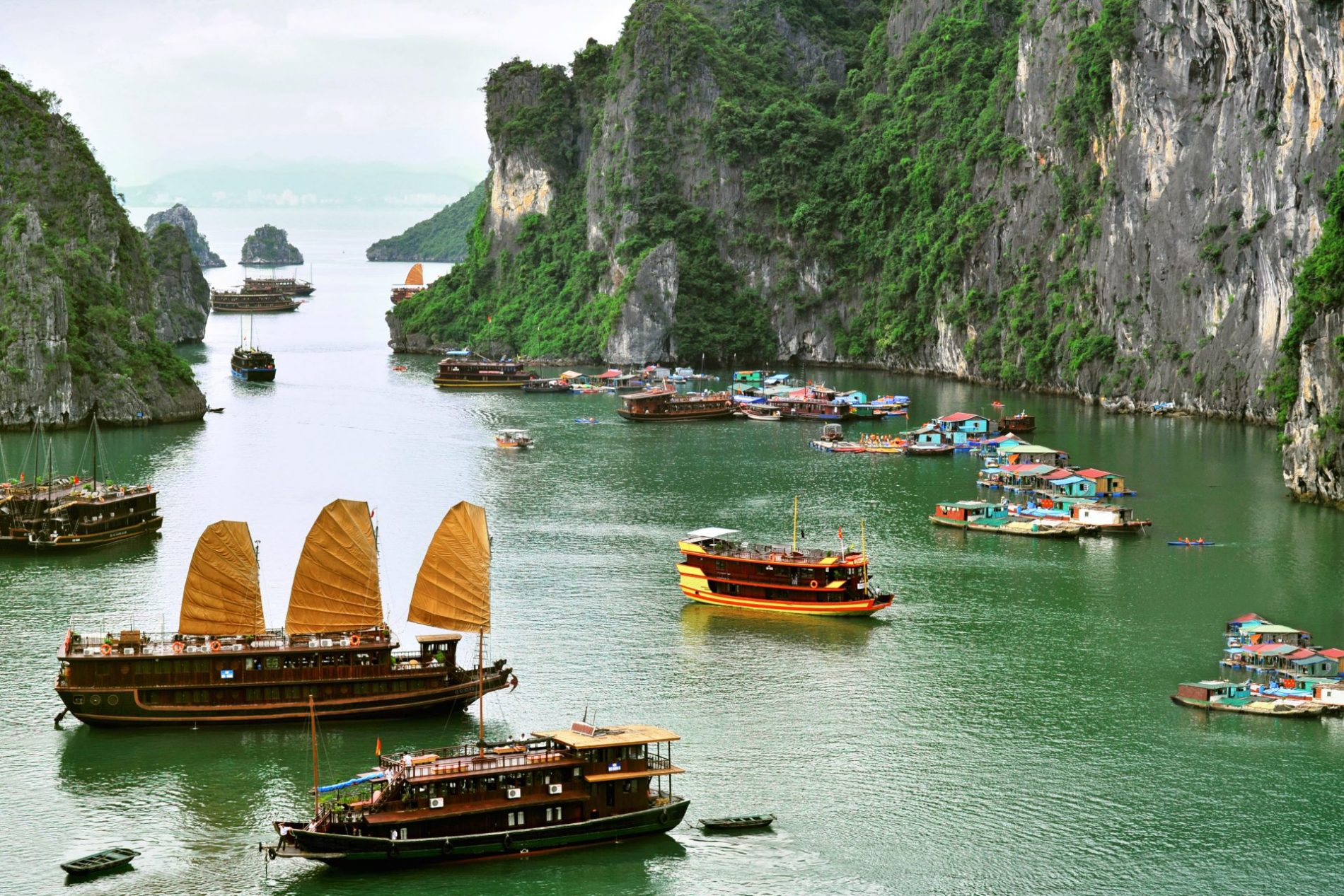 Halong Bay (which translates literally as “descending dragon bay”), is a UNESCO World Heritage Site and one of the world’s new seven wonders of nature. Jump onboard one of the many junk boats moored on the sparkling emerald water and tour around the stunning limestone rock islands — or rent a kayak and explore the floating fisherman villages dotted all around.

You would be seriously hard pushed to find a more stunning and enchanting train ride than the one that runs between Hanoi and Sapa. The overnight train takes around 8 hours and allows you the luxury of waking up to the sight of the misty rice terraces and lush green forests that are dotted along the Vietnamese – Chinese border. 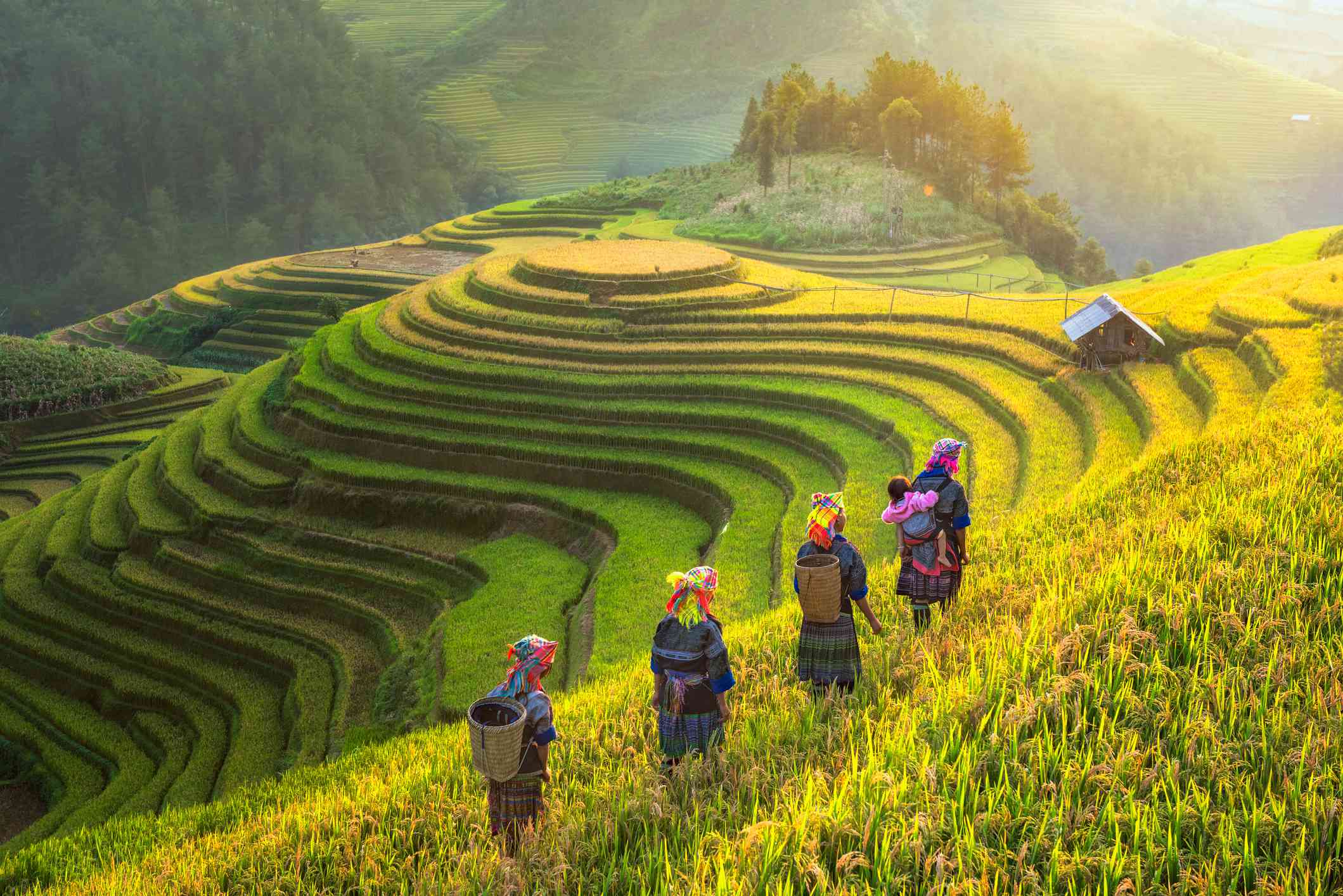 Monkeys caves and snails, oh my!

While you’re in the north, hop on another motorbike and head to the scenic small city of Ninh Binh to experience the authentic rural side of the country.

Dine in one of the many traditional restaurants serving oc luoc xa — snails cooked in lemongrass and hot chilies. Explore the dazzling Phat Diem Cathedral, which was built in 1898 and is the region’s seat of the Roman Catholic Diocese, and explore the sprawling Cuc Phuong National Park. The park encompasses almost 86 square miles and the tropical forest is home to over 307 species of birds, 133 species of mammals, and 122 species of reptiles. There are also monkeys, gibbons, and langurs.

If you’re still hankering for yet more natural beauty then the Mua Cave is a must-see. Climb the ancient stone stairs to the mouth of the cave then continue up to the altar of Quan Am, who is the revered Goddess of Mercy. The views below, all the way down to the Ngo Dong River, are breathtaking, to say the least, and well worth the epic hike. 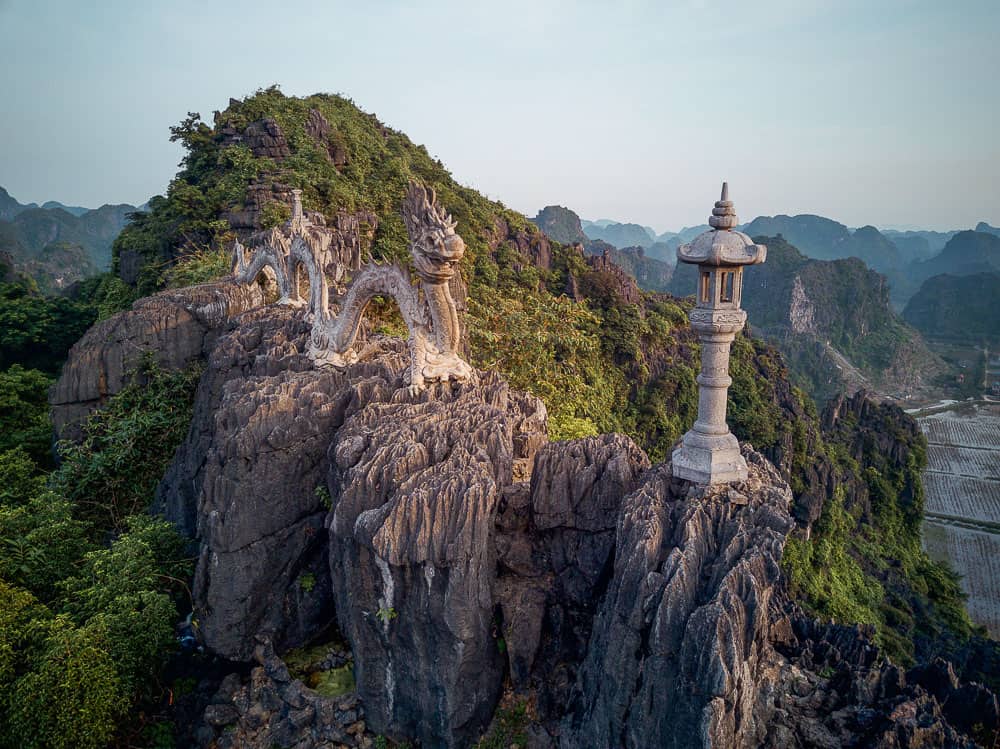 Da Nang, the fourth-largest city in Vietnam, is one of its leading tourist destinations, in addition to marking the halfway point between Hanoi and Ho Chi Minh City.

There’s a plethora of hip and stylish hotels, restaurants, and bars to choose from, spectacular views of the Truong Son Mountains, and pristine white beaches lining the South China Sea — including My Khe, one of the country’s most heavenly public seashores. 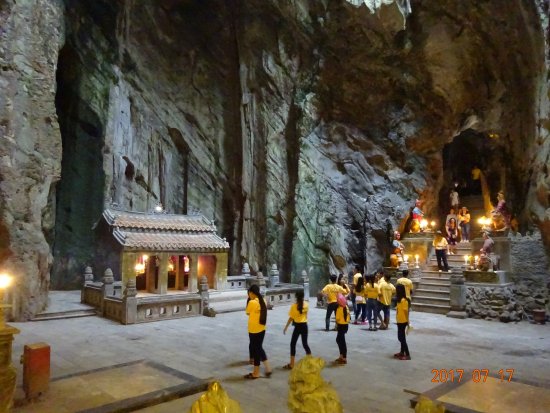 If you feel the need to follow in the insufferable Jeremy Clarkson’s exhaust fumes, then put the pedal to the metal and hit the Hai Van Pass. The 13-mile long road was the star of the “Top Gear: Vietnam” special, for a good reason, with out-of-this-world ocean views and a highly exhilarating drive experience.

Just 17-miles down the coast from Da Nang is the gorgeous, ancient, and cosmopolitan city of Hoi An — another UNESCO World Heritage site.

Hoi An is a former spice trading port, and it’s not only sensational visually, but it’s also steeped in history, with a perfectly preserved Ancient Town and meandering river that’s lit with beautiful little lanterns and lined with aromatic flowers. The architecture is a unique mix of Chinese, Portuguese, French, Japanese, and Vietnamese and there’s a myriad of adorable little canals to explore. 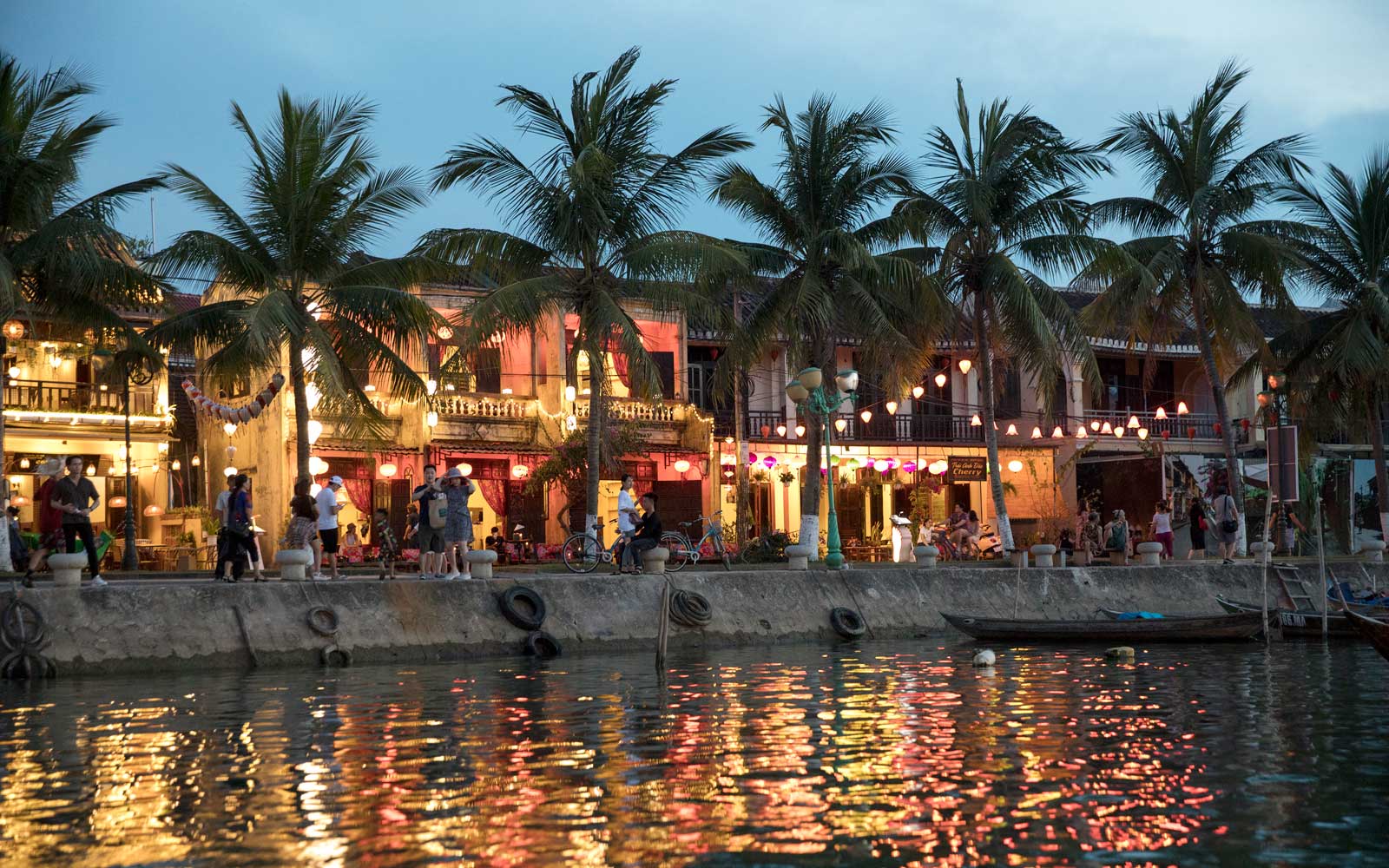 There are also a ton of fab cafes, bars, restaurants, and clubs to hang out in and enjoy, and a wealth of gorgeous sandy palm tree-lined beaches to help you get your chillax on. The ancient cobbled streets are flanked by cool little artisan shops to splash your cash in, and there’s even an amazing night market filled with food vendors and street hawkers.

Oh, and don’t leave Hoi An until you’ve sampled at least one glass of Ruou thuoc — a local rice wine that translates literally as “medicine wine.”

Ho Chi Minh is huge, and packed — it’s home to just under 9 million people, making it Vietnam’s most populated city. The streets are crowded and bustling, and in addition to the inevitable scooters and motorbikes, there are also hordes of bicycles zipping around. 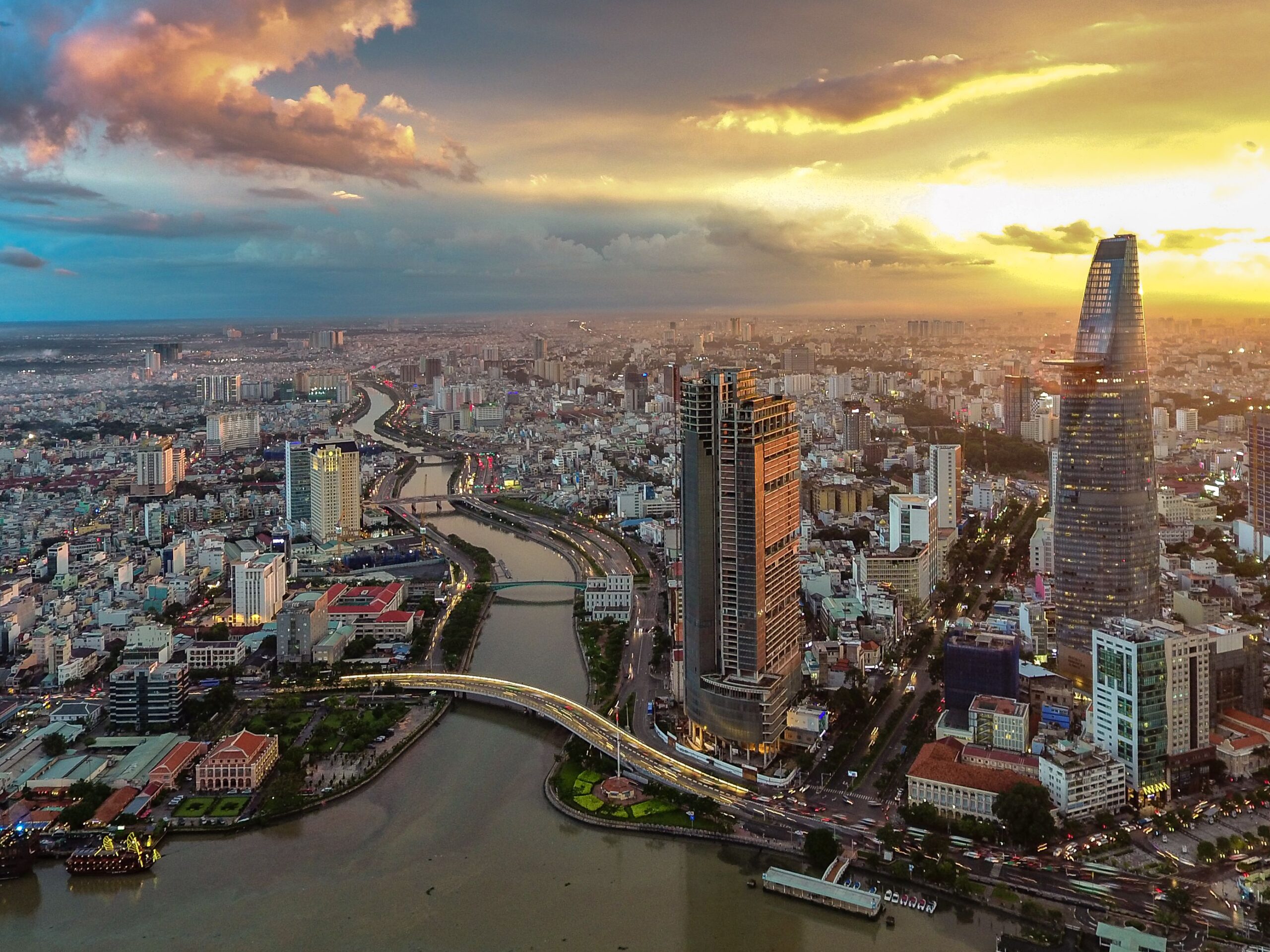 The whole vibe of the city is still incredibly French, with stunning colonial architecture and wide leafy streets. There’s a real cafe culture, with tons of cool little bistros, bars, and restaurants to sit at and watch the world buzz by.

Hanoi may be the official capital of Vietnam, but Ho Chi Minh is the culinary heart of the country. Street food is everywhere, from market vendors, hole-in-the-wall eateries, and even little grandmas serving up mouth-watering and delicious fare from huge pots on the side of roads.

Any visit to Ho Chi Minh isn’t complete without a trip to the historic and iconic Cu Chi Tunnels, which were home to Viet Cong soldiers from 1948. Located about an hour’s drive from the city center, you can crawl through the (now widened but still incredibly tight) tunnels, fire an M-16 or two at the underground shooting range, and visit the poignant and gut-wrenching War Remnants museum.

Get your river on

You’ve really not experienced Vietnam however if you haven’t gone for a cruise down the Mekong Delta.

The river begins in the Himalayas and passes through China, Myanmar, Thailand, and Cambodia before reaching Vietnam where it splits into a series of tributaries that run between Ho Chi Minh City and Cambodia. 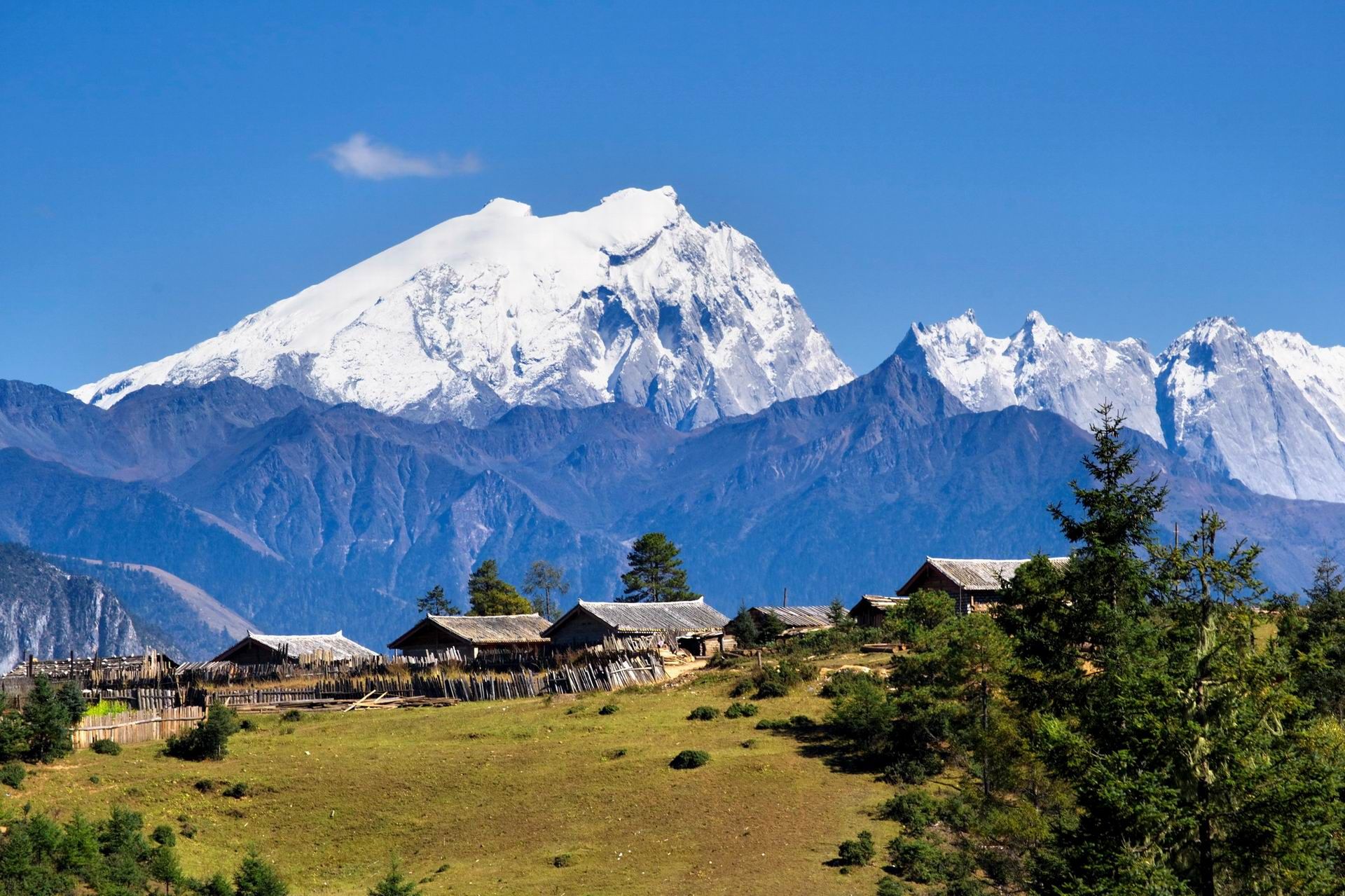 The Delta region is the life force of Vietnam’s eco and food system, providing more than 50 percent of the country’s fish and rice. Everything in the area revolves around the river, with floating markets to visit selling an astounding array of fresh produce, flowers, and even livestock.

Places never been before. Look for me. Somewhere down the crazy river…