Citing Trump’s ‘incitement to insurrection, ‘Democrats introduced an impeachment article accusing Donald Trump of incitement to insurrection Monday morning.  The Dems and a handful of Republicans are calling on VP Pence to use the 25th Amendment — within 24 hours — to immediately remove the President from office but since the likelihood is that the VP will not sign off on that action, impeaching Trump is the second option.

Remember, this is the second time Trump is facing impeachment but this time he’s called out treason: 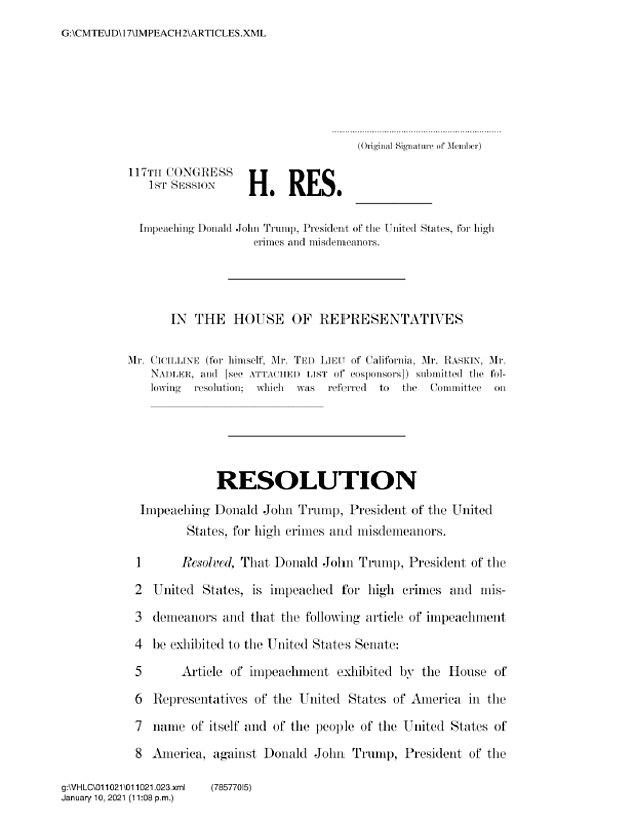