Comedian/actress Tiffany Haddish was spotted giving out Chromebook computers to students in foster care at a drive-through giveaway in South L.A.

‘I was a former foster [care] youth. And I didn’t have advantages,’ the Girls Trip star, 40, told NBC News. 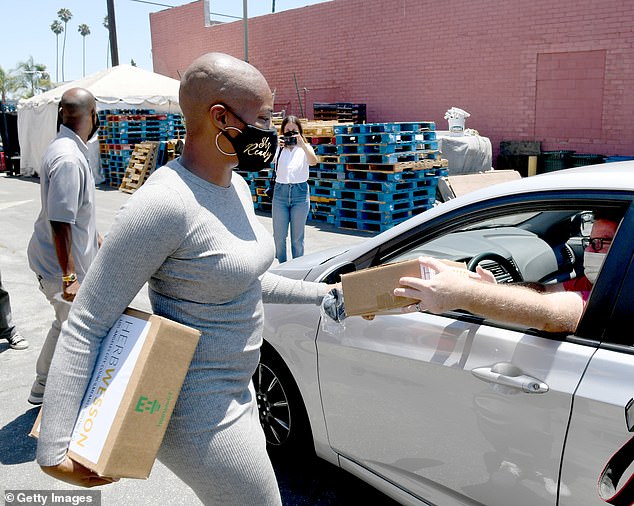 Hardly recognizable after shaving her head, Haddish happily reported that she was delighted to be part Councilmember Wesson’s Our Cycle LA, a program that refurbishes city-owned computers and gives them to families in need.

‘When our community is educated; when our youth are educated, they are least likely to commit crimes,’ Haddish said.

‘They’re able to get real jobs and it brings the community up times ten.’