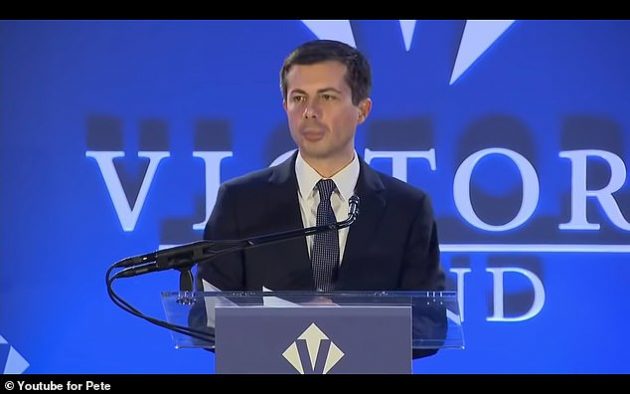 In a powerful speech this weekend, Democratic presidential hopeful Pete Buttigieg again criticized  Vice President Mike Pence who has been very anti-LGBTQ saying that if Pence has “a problem with who I am, your problem is not with me — your quarrel, sir, is with my creator.” The young candidate went on to say:

‘When I was younger I would do anything to not be gay,’ he told the crowd at the LGBTQ Victory Fund, a political PAC dedicated to increasing the number of openly LGBT public officials in the U.S.

‘If you had offered me a pill to make me straight I would have swallowed it before you had time to give me a sip of water,’ he said, adding ‘It’s a hard thing to think about now.’

Revealing that he is now ‘closer to God,’ Buttigieg credits his marriage with making him a better person:

‘The best thing in my life – my marriage – might not never have happened at all,’ he said.

‘My marriage to Chasten has made me a better man and, yes, Mr. Vice President, it has moved me closer to God,’ he added.