The Justice Department just ruled that the Treasury Department must turn over six years of former President Trump’s tax returns to House investigators. That means they could also be eventually released to Congress — and the public.

Trump and his legal team have been fighting for years to keep his taxes secret which begs the question ‘why?’

Nancy Pelosi summed it up best:

“The American people deserve to know the facts of his troubling conflicts of interest and undermining of our security and democracy as president.”

As you’ll remember, Trump, unlike all other presidential nominees, refused to release his tax returns during the election, saying he was the subject of an IRS audit, which the IRS contradicted. 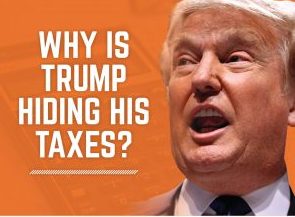