The House passed President Biden’s $1.9 trillion spending bill known as the Build Back Better Act, but it still must pass in the Senate. Not one Republican voted for the bill. In fact, House GOP Leader Kevin McCarthy delivered a lengthy marathon speech on the floor Thursday night in an attempt to stall the passing of the bill.

Though trimmed down from Biden’s original vision, it still will make a major difference to most Americans. What did stay in the bill is expanded healthcare, affordable housing, free universal pre-K program, home care for seniors, and extended child care credit.

After the votes were counted Nancy Pelosi exalted:

“Today, we had the honor of participating in passing legislation for the people to build back better. As I always say, with women, for the children.” 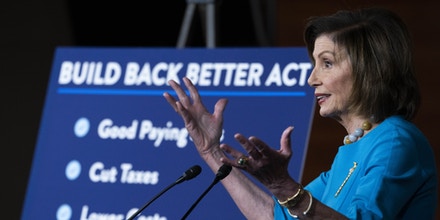 Majority Leader Chuck Schumer said in a statement after the House passed the bill that the Senate “will act as quickly as possible to get this bill to President Biden’s desk and deliver help for middle-class families.”