‘I have the great honor to announce that I’ve picked @KamalaHarris – a fearless fighter for the little guy, and one of the country’s finest public servants – as my running mate,’ Biden wrote on Twitter. ‘Together, with you, we’re going to beat Trump.’ 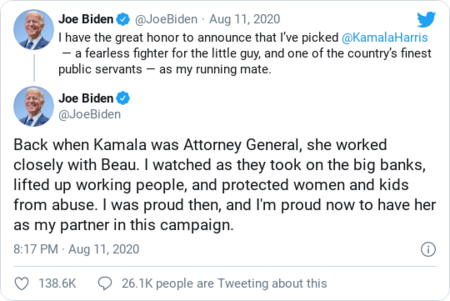 His running mate is the first black woman to hold the V.P. spot.

For her part, Harris was thrilled, tweeting: 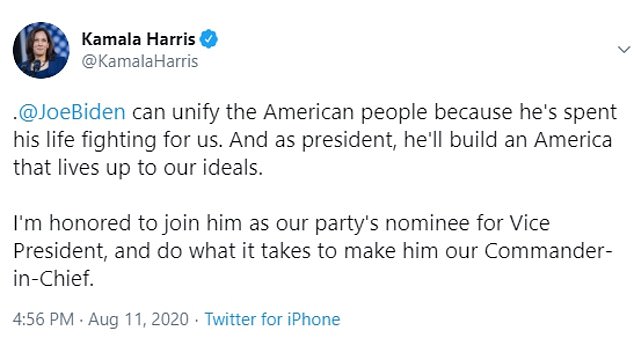