In an interview with MSNBC’s Rachel Maddow last night, Lev Parnas who worked with Giuliani and has already been indicted for campaign finance violations in this country, revealed that Trump knew exactly what Parnas was doing in Ukraine — pressuring  Ukraine officials to find dirt on Biden.

Parnas added: “I was on the ground doing their work.”

In the no-holds-barred interview, Parnas also said other members of the Trump camp knew about the Ukraine pressure campaign, including AG William Barr and former national security adviser John Bolton, who also “100%” knew about the scheme.

Of course, this is the reason that Trump is now being impeached though not only does the President deny any misconduct, he says he has never met Parnas, evidence to the contrary. 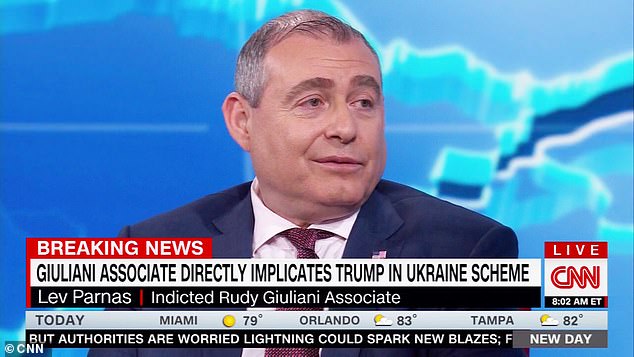