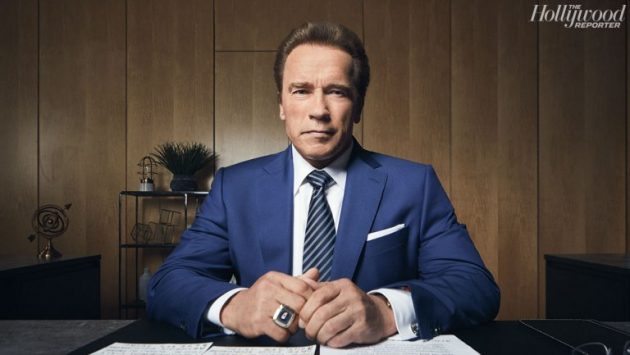 Arnold Schwarzenegger just announced that he has no intention of working on another season of  The Celebrity Apprentice.

In the statement  Schwarzenegger says, “I loved every second of working with NBC and Mark Burnett. Everyone — from the celebrities to the crew to the marketing department — was a straight 10, and I would absolutely work with all of them again on a show that doesn’t have this baggage.”

By ‘baggage’ we’re assuming he means Trump, who kept his Executive Producer credit on the show, and was outspoken in his criticism of the show’s meager ratings, using a meeting with clergy and government officials to ask for prayers for Schwarzengger and his ratings. Infamously, Trump boasted about his ratings when he was the star of the show. Who can blame Arnie?