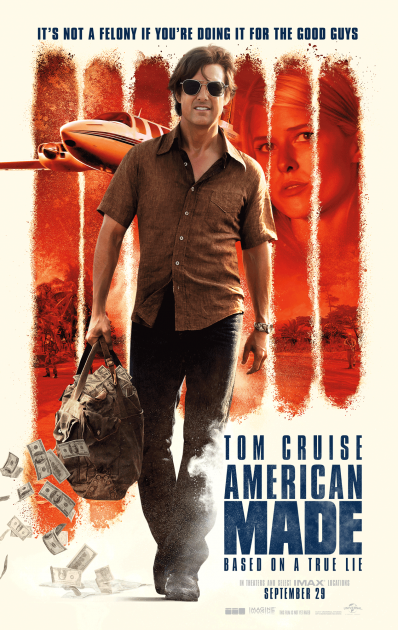 Tom Cruise is the hotshot pilot in Doug Limon’s American Made.

Yes, Tom Cruise is playing a pilot—suspend your disbelief.

When we meet Barry Seal (Cruise) he’s a bored pilot for TWA—but when the U.S. government requests his assistance in a covert operation, his world is turned upside down.

American Made soars through you like a Saturn Five rocket and takes you on a ride that is practically too crazy to believe.  But it’s all true, well—Hollywood true—ok– semi-true, lemme say based on some true events.

Barry Seal was a real guy, he did work for the CIA—and his story is fraught with illegal activity and nefarious connections.

The filmmakers took a spoon full of Colombia, added some cups of Nicaragua, threw in a dash of Mena, Arkansas, sprinkled in the White House and blended up a complicated story in a very entertaining and streamlined manner. 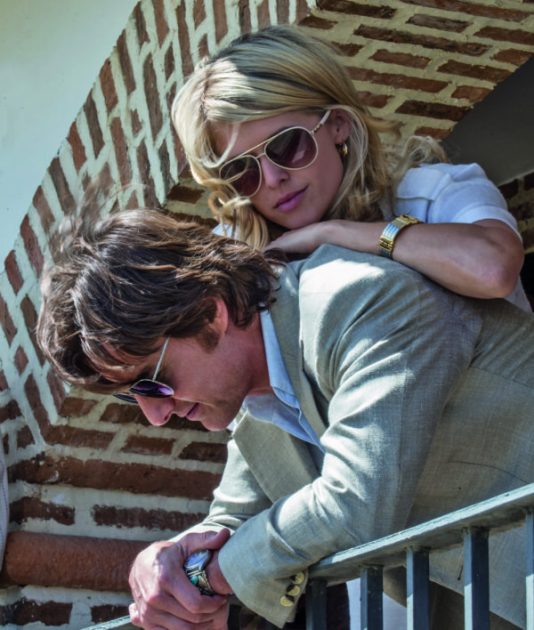 American Made is a terrific film.  I found it so entertaining I couldn’t turn away for a second.

Tom Cruise is the epitome of the charming anti-hero—an adrenalin junkie who lends new meaning to living on the edge.  He is a standout and the writing is phenomenal—thank you, Gary Spinelli!  Other good performances include Domhnall Gleason as Seal’s CIA contact and Caleb Landry Jones who plays the inbred looking brother in law.

On the flip side of this wonderfully made film is a sad story—and it bears mentioning.  While making American Made, two pilots died and one is paralyzed from the waist down.  Families of the deceased and injured are suing for negligence.  Claims against the filmmakers say they requested too many shots and poorly prepared the pilots for their stunts– it is very sad and reckless if this is indeed true.

American Made is currently in theaters, check your local listings.