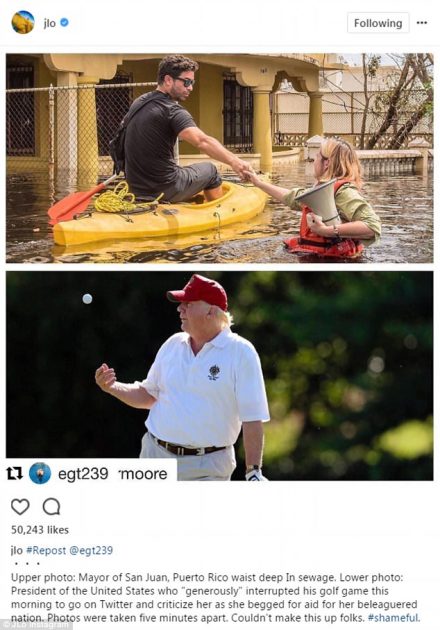 It starts with a Trump Tweet fest, as it often does. Over the weekend the Mayor of  San Juan Puerto Rico pleaded for help for her people and criticized FEMA’s slow response. That was all it took for the President to take offense and fire off a number of insulting and ridiculous tweets, among other things, insinuating that the Island’s people ‘expected handouts’ after Hurricane Maria.

Trump tweeted: ‘The Mayor of San Juan, who was very complimentary only a few days ago, has now been told by the Democrats that you must be nasty to Trump.

‘Such poor leadership ability by the Mayor of San Juan, and others in Puerto Rico, who are not able to get their workers to help.’

Celebs such as Lin-Manuel ‘Hamilton’ Miranda came to the defense of the Puerto Ricans. 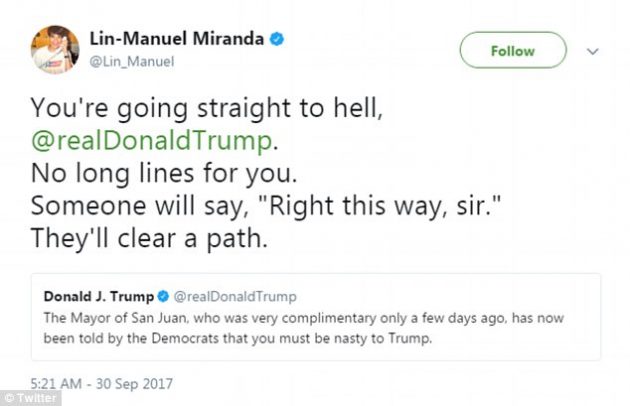