He’s famous for playing the President on SNL, but Alec Baldwin has also been very vocal about his contempt for Donald Trump.

In his latest attack, he warns that the public had better ‘wake up’ to the Trump threat before the president’s ‘fascist thinking’ becomes the new normal.

‘It’s official. The United States government is as lawless as the malignant dictatorships we’ve hated in our foreign policy since WWII,’ Baldwin tweeted.

Spurred by Trump’s acquittal in the impeachment trial and the president’s attempt to reduce his crony Roger Stone’s time in jail, Baldwin compared Trump to Hitler and saying that the Republican-controlled Senate is behaving in a similar way to the Nazi regime. 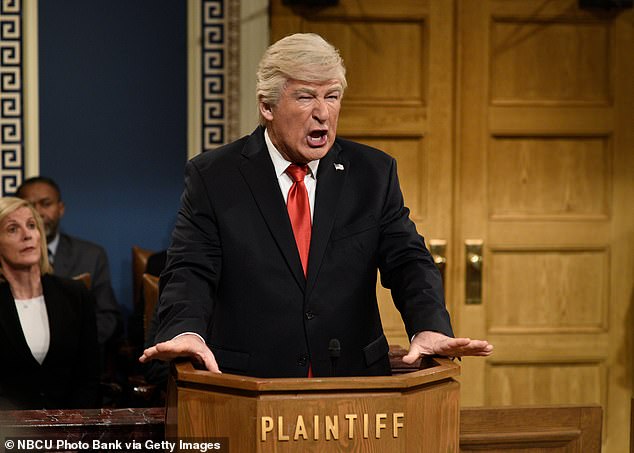