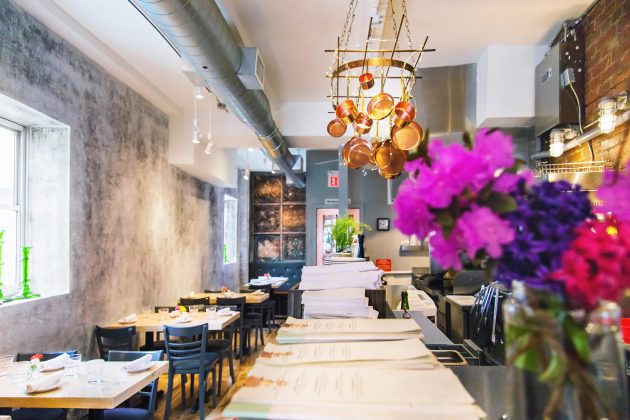 Brickyard Bistro, Toronto’s newest restaurant, is bringing a taste of Paris to the bustling Canadian city. Inspired by the centuries-old Parisian cafe culture, Brickyard Bistro is a chic coffee shop by day with a full dinner menu and wine selection by night.

“I love the fact you can enter a cafe or bistro in Europe and walk out with excellent coffee, a baguette for dinner, a snack or even a nice lunch for the park,” says co-owner Corey Durand.

Although the influences of Brickyard Bistro are international, their beginnings are purely homegrown. When Corey and three friends — Eiko Anderson, Jesse Hughes and Carly Thorne — found out their favorite local coffee shop was closing they joked about buying it themselves. Out of curiosity they called the owners and  suddenly their joke took on a life of it’s own. “It all happened very quickly,” says Corey, “one day we were dreaming about it and the next we were making plans.” 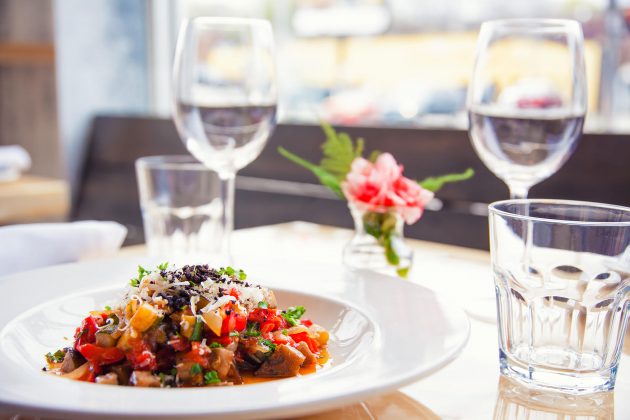 They enlisted Neil Schmidt, of Faux Plus Studio, to design a space best described as French industrial. With exposed brick, gleaming copper accents, and a living wall of tropical plants, the restaurant is the perfect mix of sophistication and comfort.

And that theme is right in line with the menu. “We’re serving French-inspired comfort food from around the globe. From Paris to the South of France, to Quebec, the French Polynesian and beyond,” explains co-owner Eiko.

Executive chef Jason Kibyuk is offering up his own twist on French classics like Ratatouille, Pork Cassoulet, and Beet Salad. And for dessert? Creme Brûlée mais bien sûr! 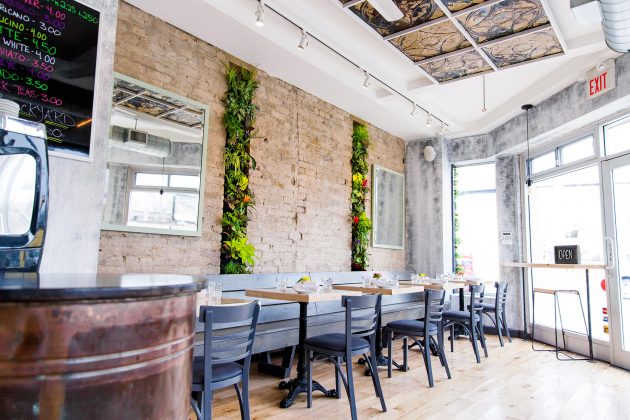