At least star Tom Hanks will be at MLB games this season. Weeell, its not Tom Hanks in the flesh but rather a life-sized cutout with his taped voice selling …peanuts.

Turns out, a young Hanks once was a vendor at the Oakland A’s games. Due to COVID, baseball games are now held with life-sized cardboard cutouts and pre-recorded crowd noise. Now the baseball league has added Tom Hanks’s voice hawking peanuts and soda to the crowd. 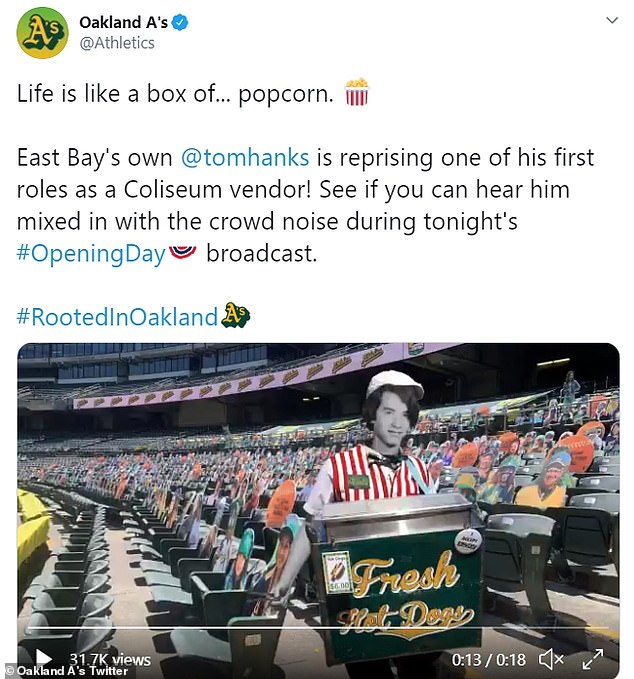 On the Jimmy Kimmel show last year the star told the story of his first job:

‘I was a vendor at Oakland A’s games, I was 14 years old. I went down to sell peanuts and soda and thinking that it would be kind of like from a TV show, where everyone helps out the young kid, trying to make a thing. First of all, I got robbed, twice. Note to self, hide those wads of cash.’