The CATS movie released its official trailer on Thursday, and the opinions were mixed on social media, with some branding it a ‘nightmare’ and others bemoaning all the CGI effects. (See the trailer below and make up your own mind.)

Taylor Swift stars as ‘Bombalurina’ with other A-listers such as James Cordon, Judi Dench, Jason Derulo, Idris Elba and Jennifer Hudson taking other feline roles. The film is scheduled for release on December 20, 2019, by Universal Pictures. 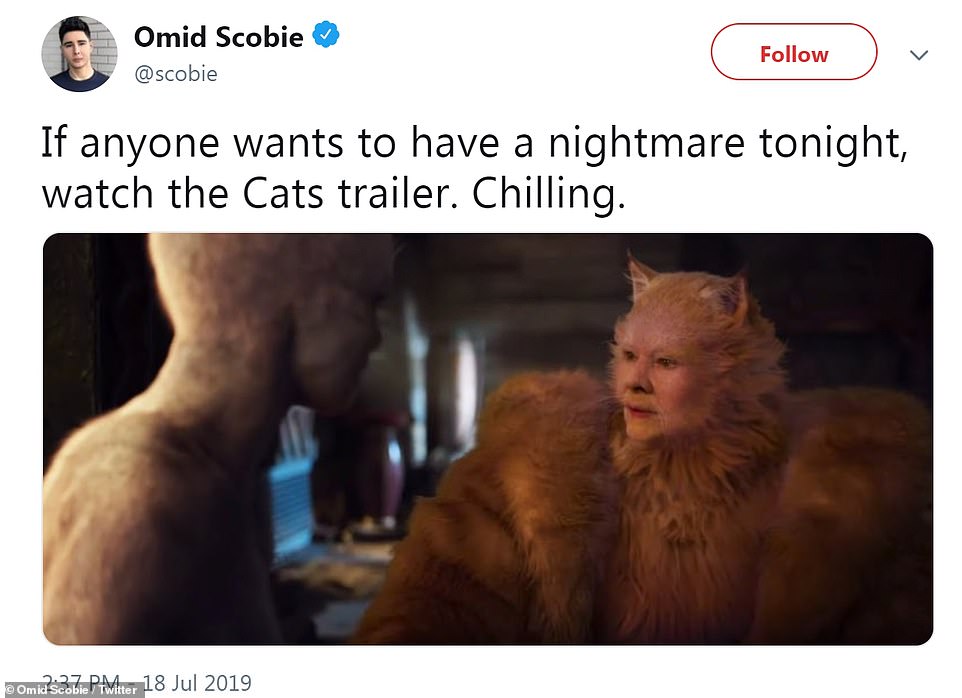