Dr.Birx, Trump’s favorite doctor until yesterday, lost the medical and scientific community months ago over her overly optimistic view of the Coronavirus …and the belief that she was Trump’s stooge.

For instance, just months ago Birx praised Trump, saying ‘“He’s been so attentive to the scientific literature and the details and the data,” Birx said in a Christian Broadcasting Network interview in late March, lauding Trump’s “ability to analyze and integrate data.” 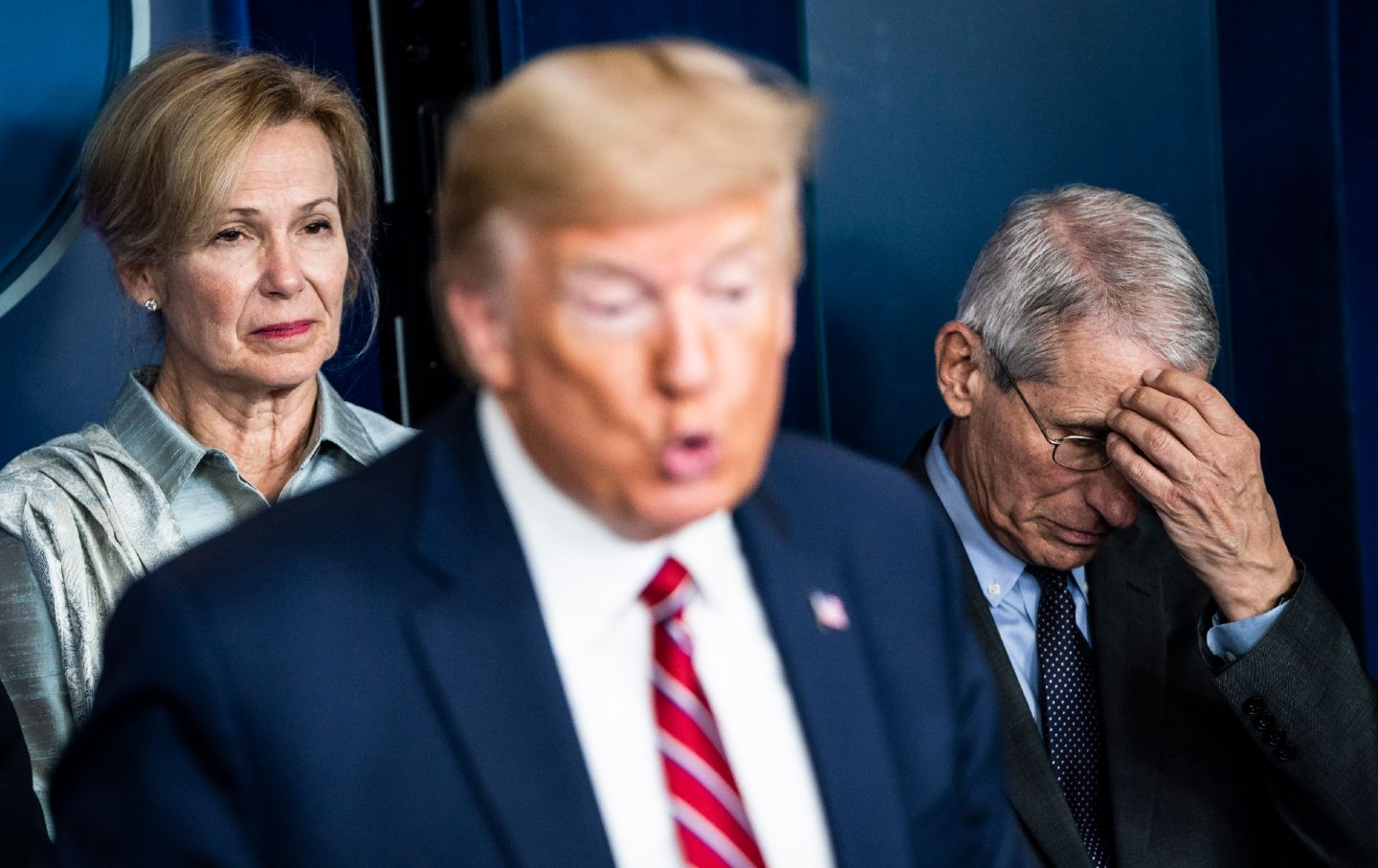 Even House Speaker Nancy Pelosi has gone on record as saying that Dr. Birx has been ‘overly optimistic about the pandemic’ and said she had ‘no confidence’ in the doctor.

So when the Birx bluntly said yesterday the virus is spreading despite Trump’s claim to the contrary, it annoyed her biggest fan, the President.

“It is extraordinarily widespread,” she said. “It’s into the rural as equal urban areas … To everybody who lives in a rural area, you are not immune or protected from this virus.”

A visibly annoyed Trump called the doctor ‘pathetic’ and claimed she was only reacting to Pelosi’s criticism.

“So Crazy Nancy Pelosi said horrible things about Dr. Deborah Birx, going after her because she was too positive on the very good job we are doing on combatting the China Virus, including Vaccines & Therapeutics,” Trump tweeted, using a label for COVID-19 that critics consider racist. “In order to counter Nancy, Deborah took the bait & hit us. Pathetic!”

The president has made a habit out of attacking anyone who disagrees with him, including other doctors working for the White House. He side-lined Dr. Fauci when the doctor wouldn’t toe the party line. Trump has consistently boasted that the White House has done a ‘good job’ handling the COVID response, has declared that coronavirus is ‘under control’ in the United States, and expects everyone around him to parrot the same story, despite overwhelming evidence to the contrary.

Expect to see less of Dr. Birx in future press briefings, at a time when we desperately need to hear from medical experts.