So a toddler in Ohio dressed up as the Queen for Halloween in a spot-on outfit — complete with a blue overcoat, wig, hat, and the queen’s signature pearls, and she even had some corgis by her side, just like the monarch herself. The Queen was so impressed she sent her a letter. 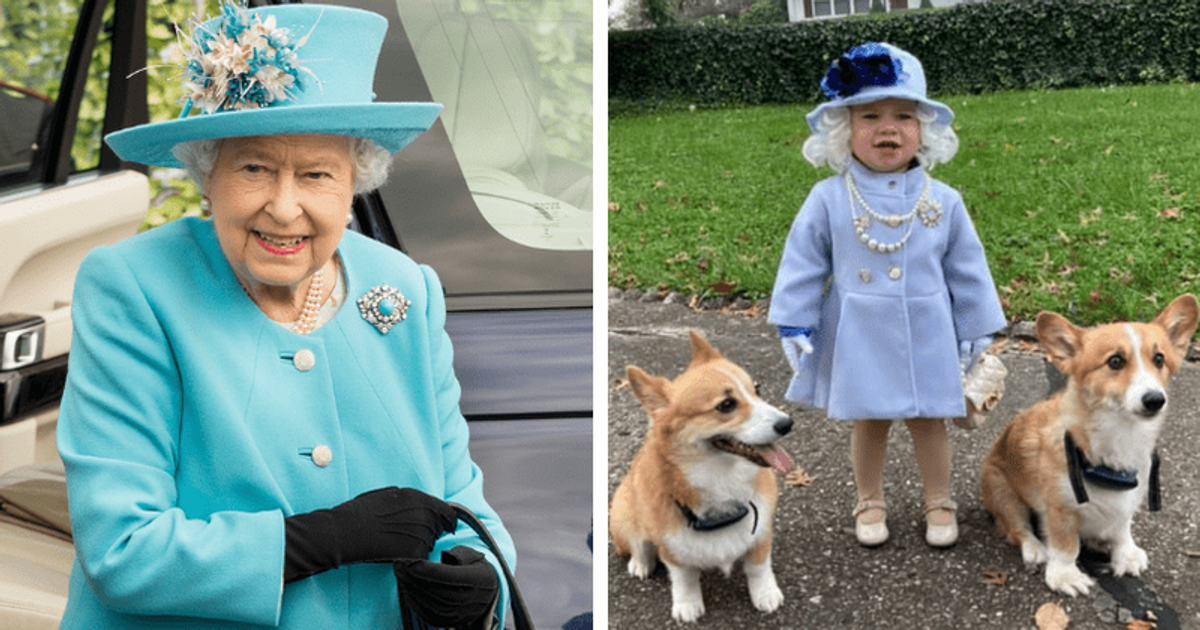 The letter with the Windsor Castle insignia that was dated Dec. 9 from the Queen’s lady-in-waiting, the Hon. Mary Morrison.

“The Queen wishes me to write and thank you for your letter, and for the photograph you thoughtfully enclosed,” Morrison wrote. “Her Majesty thought it kind of you to write to her, and The Queen was pleased to see the photograph of your daughter, Jalayne, in her splendid outfit.

“Her Majesty hopes you all have a very Merry Christmas, and I am enclosing a little information about the Royal Pets, which Jalayne might like to have.”

We’re dressing up as the Queen next Halloween…we just have to find some Corgis. 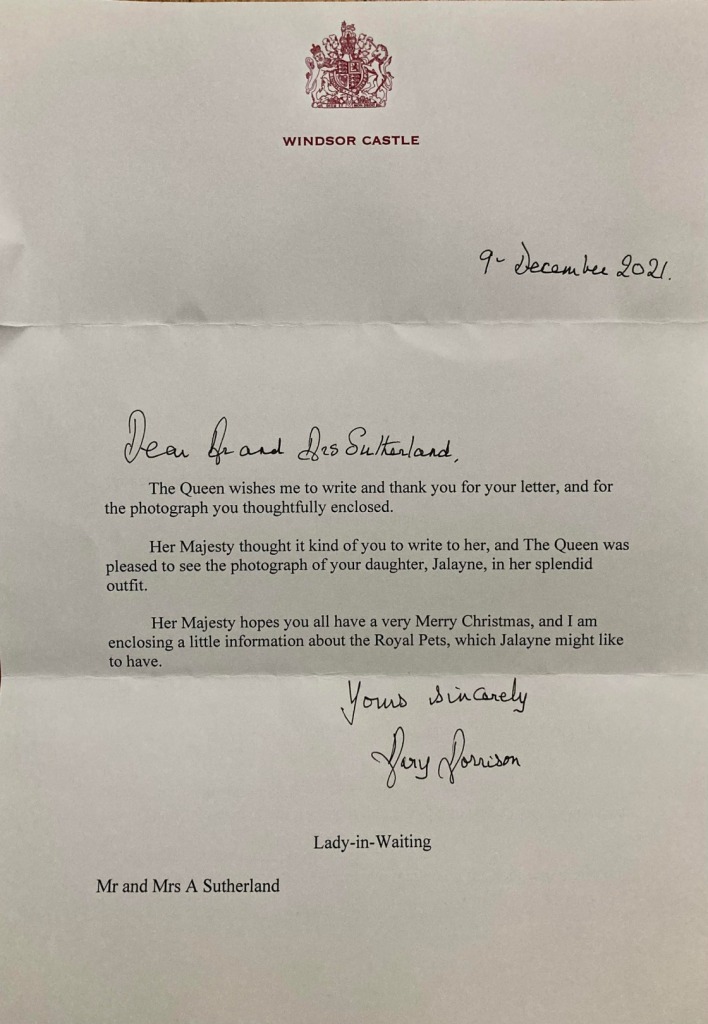